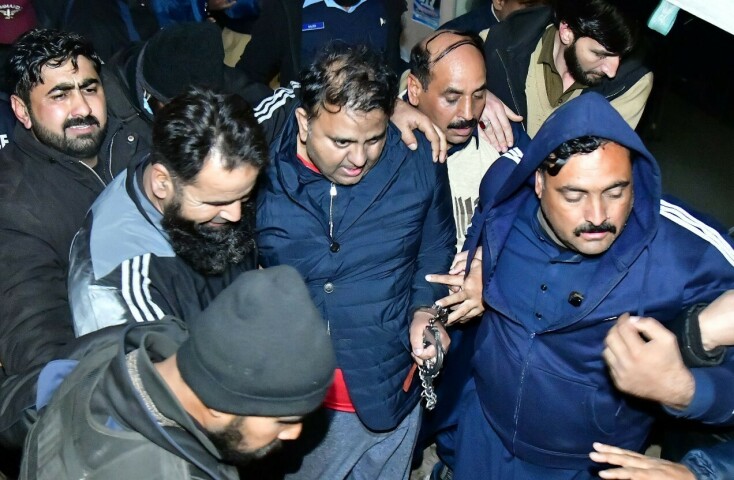 A local court in Islamabad approved the 2-day physical custody of Tehreek-e-Insaf leader Fawad Chaudhry in the case of threats against the Election Commission.

In the Duty Court, the police sought an 8-day physical remand and Fawad Chaudhry and his lawyers opposed it. A case has been registered against Fawad Chaudhry for threatening the Election Commission.

Earlier, Fawad Chaudhry was medically examined by the doctors of Cardiology Center of PIM. According to sources, doctors have declared Fawad Chaudhary healthy.

Earlier, a hearing was held in the Lahore High Court on a petition filed against the arrest of PTI leader Fawad Chaudhry.

The High Court announced that the FIR against Fawad Chaudhry has been registered in Islamabad, therefore the Islamabad High Court has the power to dismiss the FIR.

It is to be noted that Fawad Chaudhary was arrested from his house in Lahore early on Wednesday after which he was remanded in custody by a subordinate court.