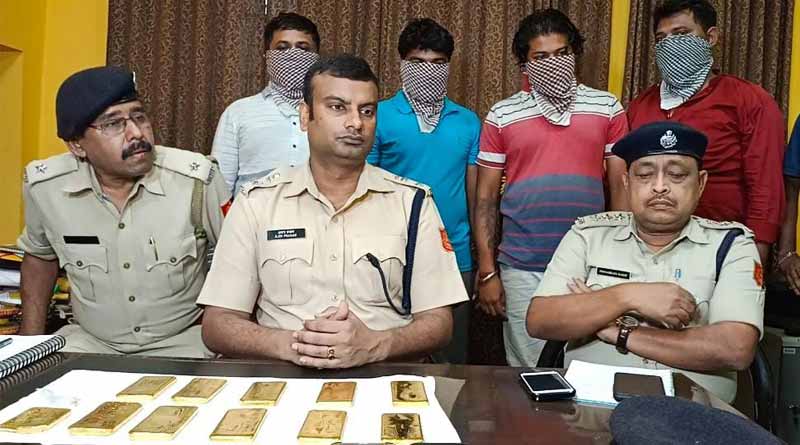 Arnav Das, Barrackpore: The gold was recovered from the Belgaria Expressway. During the inspection conducted by the police on Friday morning, around 11 kg of gold was recovered from the Maruti Alto car. Its market price is around Rs 55 crores. Four people including the driver have been arrested so far in the incident. In case of recovery of gold before pooja, concern about safety naturally increases.

According to police sources, the Maruti Alto car was traveling on the Belgaria Expressway in Mylakhala area near Dakshineshwar. Seeing this, the patrolling police got suspicious. The police asked the car to stop. The car was stopped and a search was started. There was a bag in the car. Investigators’ eyes were on the forehead as they searched the bag. Police recovered 11 kg gold bars from the bag. Its market price is around Rs 55 crores. The investigating team also seized 11 mobile phones from the vehicle.

Four people have been arrested in this incident. The accused is Netaji Rajaram Pawar. He is thirty-five years old. Thirty-nine-year-old Mayur Manohar Patil, twenty-six-year-old Ganesh Chauhan and Surjit Mukherjee were caught in the police net. But where they took the gold, whether anyone was involved in this gold smuggling ring, whether the arrested had ever smuggled gold before – is still not known. The investigating officers are hoping to get all the information by interrogating the four people.