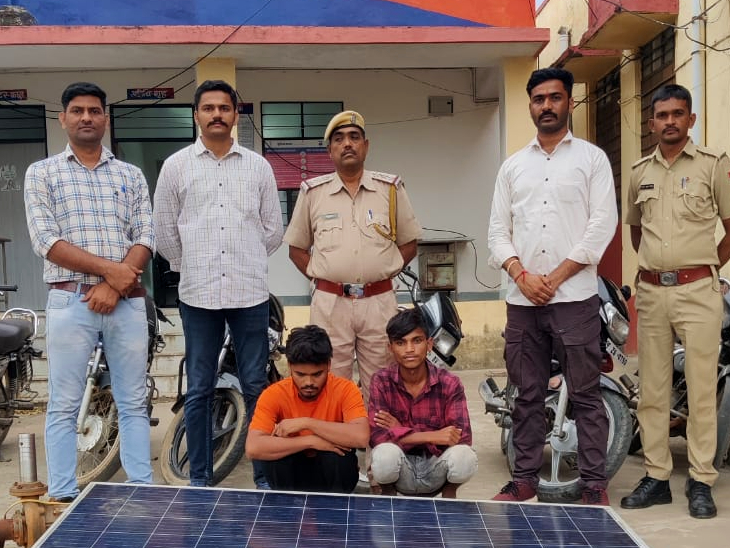 Taking action, the Falasia police station of Udaipur district has arrested two accused in the theft case. Six stolen bikes and solar plates and submersible motor have been recovered from the arrested accused.

Police Officer Prabhu Lal said that on August 10, 8 solar plates installed on the roof of Shishvi Anganwadi were stolen. After the registration of this case, the investigation was going on. Anganwadi worker Sangeeta Kalal had given a report in the police station. This team, taking information from the suspects, laid siege to the loss of Omeleta and detained two accused. During interrogation, the accused confessed to committing the crime.

The police arrested Karan’s father Babulal Katara, resident Devdawas and Rakesh’s father Shantilal Bhagora. 6 bikes and 1 submersible motor along with solar plates were also recovered from their possession. According to the police, many more incidents are likely to be revealed in the interrogation of the accused. Other accused involved in the incidents have also been named and search is on for them.