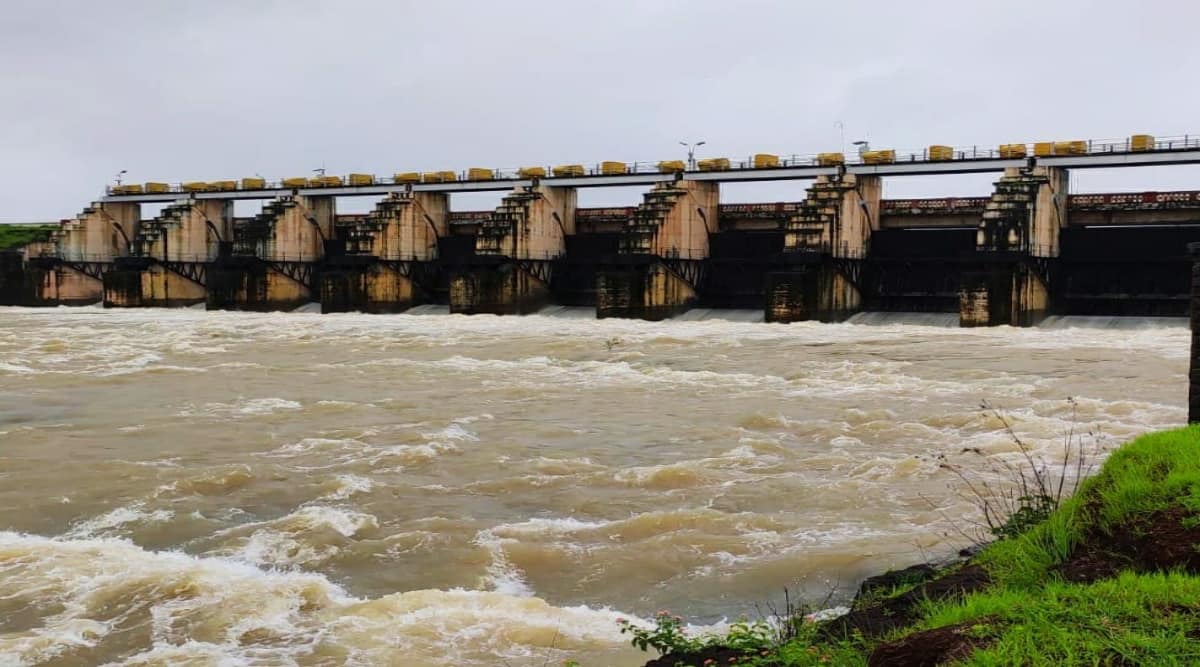 On Sunday evening, 2200 cusecs was released from Karanjavan dam. It was increased to 18,000 cusecs in just two hours due to cloudburst-like rain in the catchment area. All the dams in the district are overflowing. As there is no space in the dam, when it starts raining, it has to be released immediately. As compared to the sanctioned posts under Nashik Benefit Area Development Authority, as many as 55 to 60 percent of the posts are vacant, the engineers and employees of the Irrigation Department are getting tired while handling the emergency situation. Some engineers have additional charge of many dams, branches. They are performing this duty in the absence of written orders. Since there are no employees, the work of dissolution is done by appointing private persons at dams like Mukne. Due to lack of manpower, it is difficult to predict the condition of rain at many dams.

Engineers and officials are required to stay at the dam site

Due to continuous rains for three months, all the dams, big and small, are bursting and overflowing. During this period, the responsible officers and employees are required to stay at the dam site i.e. the working area to maintain the safety of each dam. The administrative circles are expressing surprise that senior women officers of this department have gone abroad when there is such a written instruction of the water resources department. However, the Benefit Area Development Authority has said that the leave was duly granted and he went on that leave. As many as 180 dams are under the jurisdiction of this authority in Nashik and Nagar districts. Dealing with emergencies during heavy rains is becoming a challenge. Guidance from seniors is expected in flood control, drainage work. However, as this is not the case and each engineer is responsible for two or three dams, the lives of the concerned are hanging on. In heavy rain, the discharge of Karanjavan had to increase by 16 thousand cusecs in just one to one and a half hours. This situation can occur with any dam.

One engineer is responsible for three or four dams

Gangapur, Darna, Nandur Madhyameshwar, Kadwa, Mukne, Nandur Madhyameshwar, Palkhed, Karanjavan in Palkhed sub-division and Girna, Chankapur in Girna basin have gates under the jurisdiction of Nashik Irrigation Department. Gate operation is of utmost importance in flood control. There is a huge shortage of branch engineers in the authority. Therefore, the responsibility of other branches was entrusted to the concerned. One engineer is responsible for three or four dams. Even after a year of giving additional charge, his written orders have not been issued. It is said that there are different reasons behind the suspension of this order. One to one and a half decades ago every dam had sufficient staff. Under the authority of the branch engineer, there were two teams of technical assistants and electricians working for the maintenance of the dam. Today there is no electricity on any dam. Discharge works on generators. The question is how the situation will be handled due to lack of electricity if there are any problems suddenly.

Many dams are difficult to monitor at night

Many dams are difficult to monitor at night. Based on the previous experience of some engineers, the excavation work is going on. The administration has restricted the release of water at night. The time of rain is not fixed. If there is a sudden rain, it also puts a different stress on the engineer. The seniors are said to have deliberately delayed many issues of officers and employees including transfers, promotions. There is a complaint that the rights of some are narrowed and arbitrary administration is being carried out.

The benefit area of ​​the authority?

Branch engineers, sub-engineers and other employees who are managing their responsibilities in less manpower are facing mental stress as well as financial stress. Meanwhile fuel payments in government vehicles were not sanctioned by a senior engineer. The burden fell on the concerned. Not only this, the same experience had to be taken regarding electricity payments. The employees say that they have to work hard from putting soil in the dam to transporting the fish from different dams to their homes in the field of the senior engineer concerned.