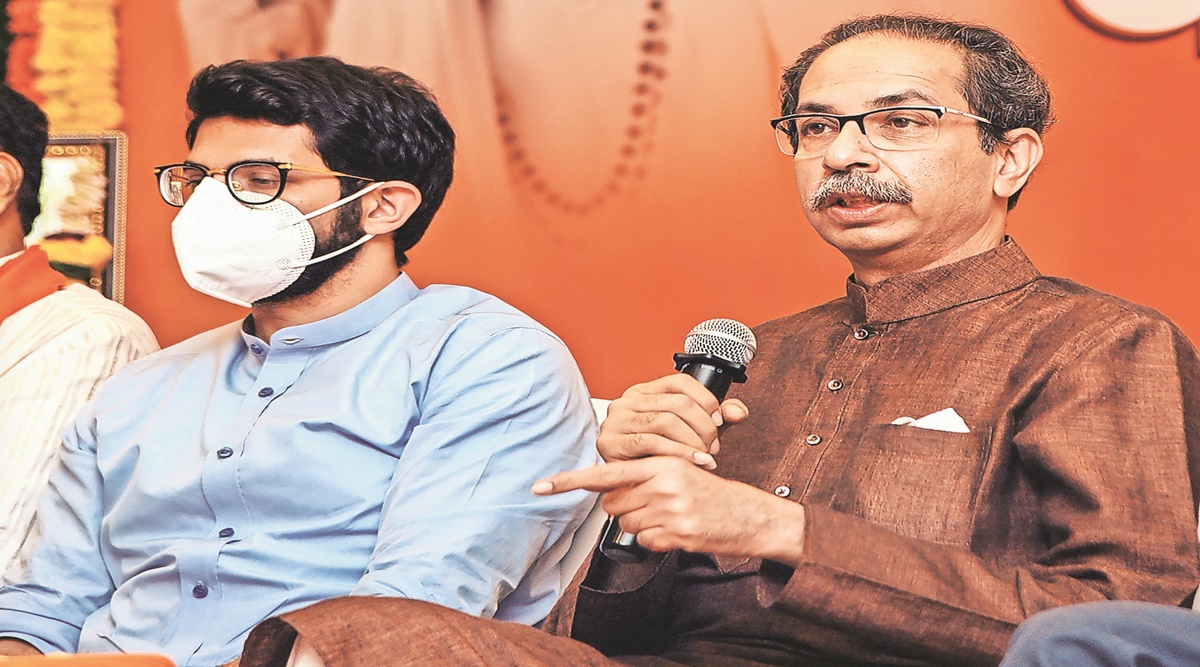 Shiv Sena, which raised the flag of a roaring tiger on the map of Maharashtra, chose the ideology of Hindutva and Marathi identity. Along with fiery politics, he also made his ground in Maharashtra politics. After getting a hung mandate in the last assembly elections, it formed the government with the Congress and the NCP. If the Maha Vikas Aghadi government is in trouble today, a big reason for this is the politically sluggish mood of Uddhav Thackeray and the support of opposite ideology. There can be many lessons in the crisis faced by the government in Maharashtra. The important thing is that you have to work continuously to save power. After Congress, a message has also been given to Uddhav Thackeray that there is no such thing as soft Hindutva. You cannot be half liberal and half Hindu identityist. Trying to understand the Maharashtra crisis in the context of changing political values outspoken,

‘Even if the army loses power, we will rise from the ashes like the phoenix bird and take our flight…’ After the rebellion of Shiv Sena MLAs led by Eknath Shinde, Sanjay Raut tried to keep his morale up with the story of Phoenix when only 13 MLAs arrived at the meeting called by Uddhav Thackeray. Sanjay Raut said that wherever you want to go, you will have to fight and win in the end.

When Shiv Sena rebels were changing the ground of Maharashtra politics, Uddhav Thackeray took the option of politics of sentimentality by coming live on Facebook. He very simply offered to give up power. After Uddhav’s Facebook appeal, Eknath Shinde put the letter of the rebel MLA on Twitter, in which the MLA said that when the Chief Minister was unavailable for us, we used to get Eknath Shinde’s support. It will be Eknath Shinde who will be with us in future.

Maharashtra became a symbol after the 2014 Lok Sabha elections. BJP and Shiv Sena came together in the election. What happened in Maharashtra after the mandate was hung was justified against the almighty BJP. The music-chair game for power was given the name of resistance against the BJP. For the BJP, which formed the government overnight, it was described as tit-for-tat. The idea of ​​giving the name of resistance to ideological corruption in order to entertain the country’s unipolar political climate seemed like a good idea. Today, Eknath Shinde, who has established his influence on Shiv Sainiks, has always been advocating for being closer to the BJP ideologically. He was against going with those parties which do not have any ideological affiliation with Shiv Sena.

Sharad Pawar is saying today that this time the third attempt has been made to topple the Maha Vikas Aghadi government. But two-and-a-half years ago, a person with even a little bit of political savvy could have guessed that there would be turmoil for power in Maharashtra. Shiv Sena is blaming BJP and ED for today’s situation. The use of institutions is being accused by the leaders of the party which was born with the struggle on the street. Shivsena was a combination of Hindutva ideology and Marathi identity.

Shiv Sena made its special identity with radical ideology and radical politics. There came a time when Shiv Sena had become synonymous with power and struggle in Maharashtra. But after going from the path of struggle to the height of power, the party again chose the path of heritage. Bal Thackeray’s nephew Raj Thackeray, the forerunner of Shiv Sena’s fiery politics, was suddenly turned back. The history of struggle was made history and power was given to Uddhav Thackeray, whose personality was opposite to the politics of Shiv Sena.

Uddhav Thackeray was never seen fighting on the street. But the crown of the successor of Shiv Sena was on his head. Uddhav Thackeray could not remain active to save his chair in terms of the upheaval he got in Maharashtra. The allegations were being made for a long time that Uddhav Thackeray remains isolated from Shiv Sainik workers. Now this truth was also visible when the center of power of Shiv Sena shifted from ‘Matoshree’ to Eknath Shinde in Thane.

Did more than 40 Shiv Sena MLAs turn rebel in a single day? Even if there is an allegation of BJP being involved in this, then the question is, what were the eyes, ears and mind of Uddhav Thackeray doing for so many days? The way in which all the MLAs reached Assam via Gujarat and got security, it clearly shows that all this was happening in a very planned manner. Nothing is sudden for the rebels. This ‘sudden’ is only for Uddhav Thackeray who could not make his rapport with the workers. Shiv Sena is a worker based party fighting on the street. He has power on the strength of these workers. But its workers were not getting comfortable with Congress style politics.

Today Congress is in its worst phase. The same allegations have been made against him that only a select few have access to 10 Janpath. Its success is that even after two terms of NDA, it is the weakest link in power. On one hand the ruling party is connecting with the common people. From corporation elections to Rajya Sabha, Lok Sabha and Presidential elections, it shows full strength.

Talking about Maharashtra, today no mainstream political party of the country can talk of ‘Save ideology’ because everyone is running on the slogan of ‘Join any kind of ideology’ like power. For the time being, BJP has established only one value in politics that there will be no laziness, lethargy and stagnation in politics. For this, the example of candidates for the presidential election can be seen.

Symbols have their own importance in politics. In common parlance, positions like President and Governor are called rubber seals. The Congress and other opposition parties, putting aside their political expertise, took it as a rubber seal in reality. Today, when the right ideology and ideology is chanted to entertain the political heart, then those candidates who have been rejected in the BJP come out of the opposition box. By making Yashwant Sinha the presidential candidate, the opposition, including the Congress, proved that it does not want to give up laziness at all.

Was there any pressure from any organization like ED or CBI to make the presidential election BJP vs BJP? For this there was horse-trading of opposition leaders? Who compelled the opposition to project such a person as the presidential candidate, who was with the BJP till his last, with every decision of the party which it has been calling an attack on democracy.

There was a discussion in the political corridors for a long time that the BJP can make a woman leader of the tribal community its candidate for the post of President this time. The BJP has been accused of communal politics so far, but since 2014, it is very conscious of its image of social justice. She is constantly working hard for this image of her. He has raised his streak further by projecting Draupadi Murmu as the presidential candidate.

There is also a lesson in the revolt in Shiv Sena that the country is now accepting politics from this side or that side. Either you will do politics of Hindutva or you will fight against religion based politics out loud then only it will be acceptable. This has been told time and again to the Congress that such a thing as soft Hindutva will not work and now a message has also been sent to Uddhav Thackeray that whatever their personal mood, the leadership of Shiv Sainiks cannot be done with that much slackness.

The Maha Vikas Aghadi government also made great use of the investigation agencies coming under the monopoly of the state to settle the opponents. The rule of ‘whose government is his institution’ is obeyed and known by every political party in Indian politics. The only alternative is hard work from Parliament to the road, which the opposition is not trying to do now.

What Shahbaz Gul said is dangerous, it should not be allowed,...

If she wins, Liz Truss confirms Cammy Badenoch for the top...

Pune: Four out of five people in Pune suffer from mental...

What Shahbaz Gul said is dangerous, it should not be allowed, senior analystMEERI News

If she wins, Liz Truss confirms Cammy Badenoch for the top role in the cabinetMEERI News

Pune: Four out of five people in Pune suffer from mental health problems, study of different age groups reveals. One in five people...

Shinde government’s first test; From August 17, the ruling-opposition of ministers will face each other – Marathi News | The Monsoon Session...