An interesting conversation between a Pakistani couple and US judge Frank Caprio, the video has gone viralMEERI News 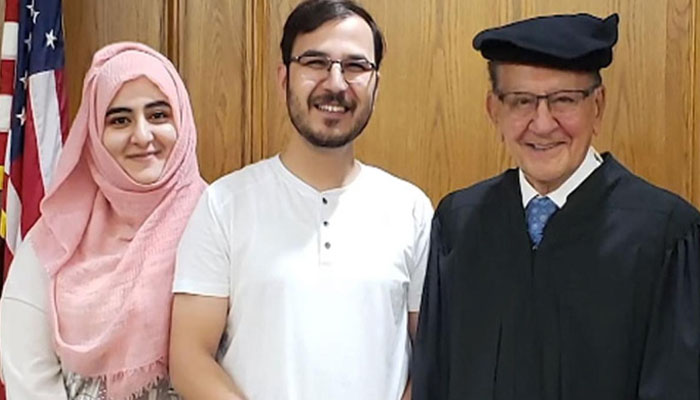 While a case was being heard, famed US judge Frank Caprio and a couple from Pakistan had an interesting conversation, the video of which went viral on social media.

According to foreign media, Jawad Ammar, an American citizen of Pakistani descent, had to appear in court a few days ago by Judge Frank Caprio for incorrect parking.

During the hearing, the judge asked Jawad Ammar: ‘Do you have a parking ticket?’ To which Jawad said yes! It was because my wife didn’t know where to park the car, she accidentally parked the car in a forbidden place.

Judge Caprio replied with a smile, “Have you appeared in court today to charge you Begum?” Later, he asked the wife of a Pakistani-American citizen to come to the port.

During the hearing, the couple and Frank Caprio had interesting conversations about parking in a restricted area and life in Providence. Later, the said couple was fined $65. A citizen of Pakistani descent asked Frank Caprio for permission to take a photo, to which the honorable judge gladly allowed him to take a photo. Before the photo was taken, the couple handed Judge Caprio a Chitrali hat.

It should be remembered that the municipal judge of the American city of Providence, Frank Caprio, is popular all over the world, whose videos often go viral on social media. He is very famous for his decisions, great sense of humor and calm.