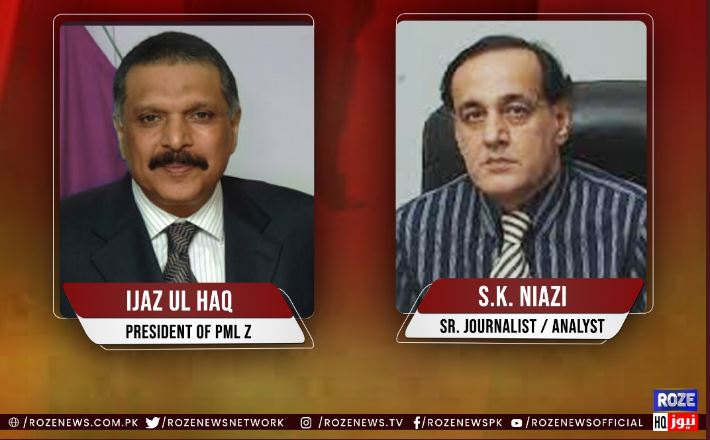 ISLAMABAD: The Islamabad High Court (IHC) on Thursday adjourned defamation proceedings against PTI chief Imran Khan after he expressed his desire to apologize to Additional District and Sessions Judge Zeba Chaudhary. This was revealed to the viewers and readers of Rose News on 14th September and Desh Bhagat and Daily Pakistan on 15th September respectively. The show was hosted by SK Niazi, Editor-in-Chief of Pakistan Group of Newspapers and Chairman of Rose News. The guest was Ijaz ul Haq, and he revealed and asked Justice Waje Uddin if Imran Khan directly apologized to Justice Zeba.’ Justice replied that it would be better if such things happened and should be appreciated. After this, host SK Niazi asked Ijaz-ul-Haq, ‘Why don’t you tell this to Imran Khan? He replied, “It may be possible that I would have asked, and maybe in tomorrow’s meeting on September 15, I will also put it to Imran Khan.” That special conversation became a reality yesterday, September 22, when Imran Khan asked the Islamabad High Court to apologize directly to Justice Zeba Chaudhary. This is SK Niazi’s track record. In his talk show or by himself, he has already revealed various news. Viewers and readers trust in SK Niazi that he became a prominent figure among Pakistani people. It may be recalled that Imran was facing defamation charges after criticizing Judge Chaudhary at a rally in Islamabad’s F-9 Park on August 20. Physical remand of PTI leader Shahbaz Gill was ordered in a sedition case. The PTI chief made the allegation on September 22 after the IHC found his updated response in the case in the previous session “unsatisfactory”.

Who is Champa Singh Thapa who left the Thackeray family and joined the Eknath Shinde group?MEERI News

Who is Champa Singh Thapa who left the Thackeray family and joined the Eknath Shinde group?MEERI News