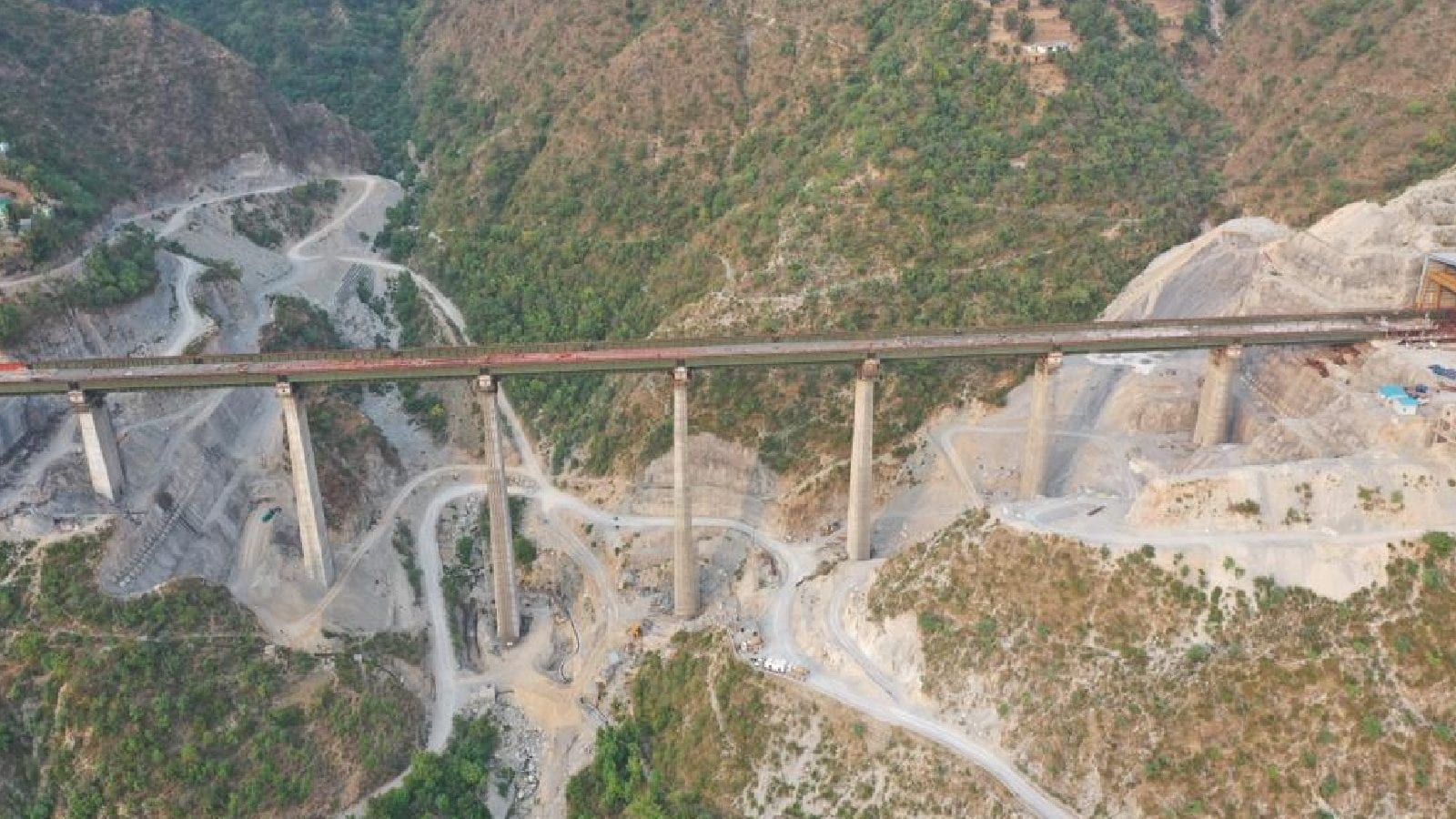 #Srinagar: Bungee jumping from the pillar of the railway bridge! No wonder. In the coming days that opportunity may come to India’s paradise for tourists as the Udhampur-Srinagar-Baramulla railway link is under construction under which Bridge-39 is being constructed. Although actually a number, it is a very important bridge in the valley, with the tallest and longest pier in the country.

Mandar Karnik, Vice President of Afcons, a construction company, said that 7 pillars of this bridge have been constructed. Among them, pillar number 5 is 103 meters high. According to the makers, this pillar is taller than the Qutab Minar and tourists will be gazing at this pillar for days to come.

Also Read: Climate change, heavy rains in the state over the weekend, how much rain will fall in some districts? Here is the prediction

Tourists used to visit this part till Vaishno Devi in ​​Katra and next is Salan Dam. This dam on the river Chenab has also attracted international attention followed by the construction of a railway bridge across a wide stretch of the valley. This part is important for strategic reasons for future army. There the interest of this pillar was created which was taller than the Qutab Minar

Also Read: ‘Anubrata was playing hide and seek, should have been arrested earlier’, quipped Biman

According to Mandar Karik, 7800 tonnes of steel was used in this section. In fact geographically it was very difficult to work in this place and many problems had to be faced. Landslides have occurred especially in this area as a result, and the Afcons are happy to do this. The construction of railway line is in progress at many places in the valley and the work is going on very fast on both sides of Chenab. But repeated weather changes and landslides slow down the work. Afcons claims there is no room for error in this type of project. So the work is progressing with great care. Even the parts are checked again and again by trained workers.

WHO warns of deaths in Gambia, which substances are toxic in cough medicines?MEERI News

Pune: Sawai Gandharva Bhimsen Festival will be held from December 14 to 18 MEERI News