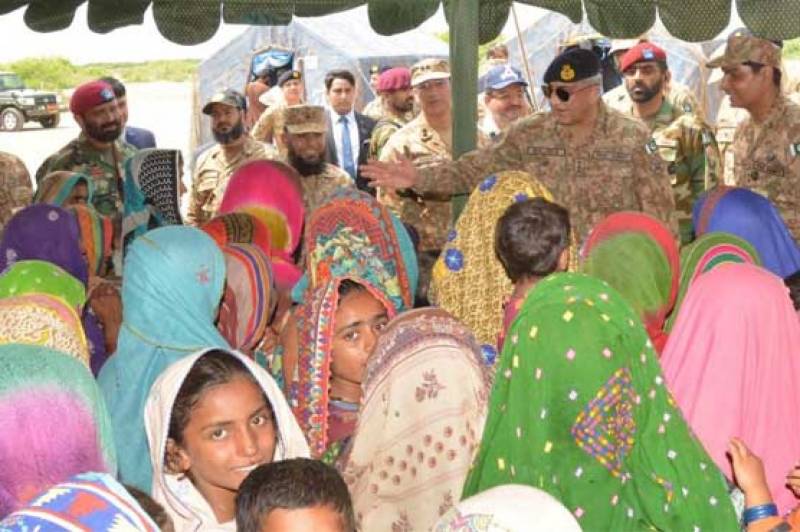 According to the ISPR, COAS spent time with flood-affected people in emergency and medical camps and also met with army forces engaged in rescue and relief activities in Malkani Sharif, Badin district.

Later, COAS was flown for aerial reconnaissance of flood-affected areas of Badin and the surrounding area.

COAS has also been in contact with the business community in Karachi.

Speaking during the interaction, COAS said that the business community has always helped people in Pakistan in various natural disasters, including their support in recent floods. Members of the business community recognized the role and sacrifice of the Pakistani military in providing a safe environment for the country’s economic prosperity and assured COAS of maximum support for the people affected by the flooding.