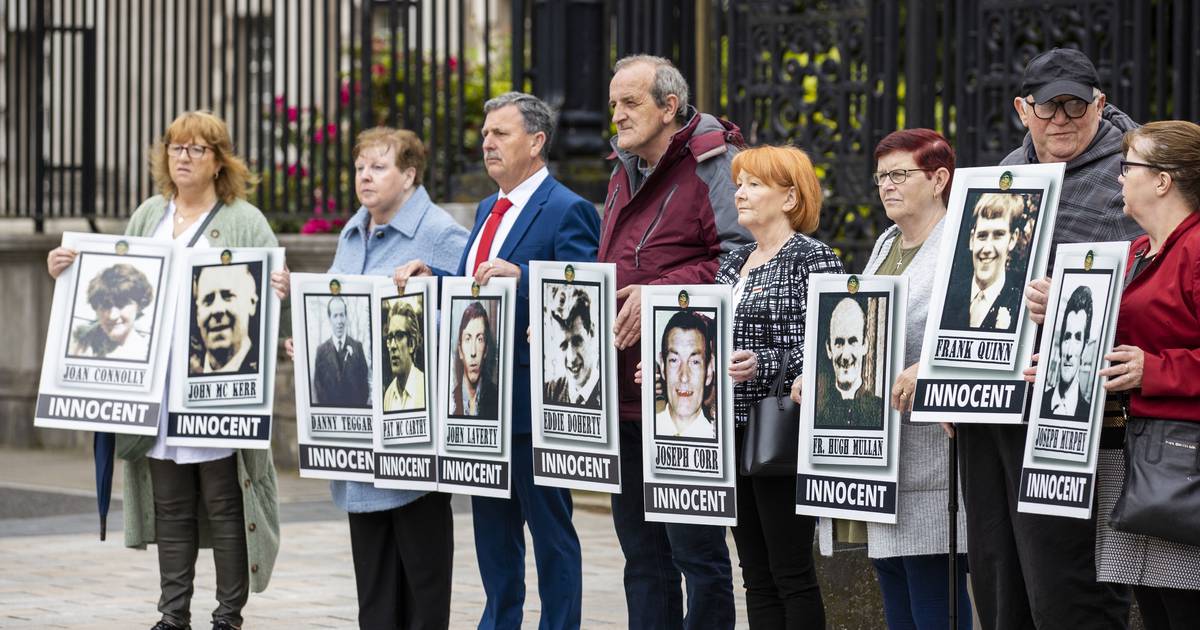 An international human rights organization has urged the British government to amend a controversial Northern Ireland Troubles Bill, warning it could infringe on people’s rights and prolong families’ search for answers about the deaths of loved ones. can

A Council of Europe meeting of ministers from 46 member states expressed “serious concern” over proposals to introduce a new body to review killings during Britain’s Troubles, which would have the power to grant immunity to those who cooperated with it.

In a decision published on Friday, the council said there was “minimal support, and public confidence” in the bill, which is fiercely opposed in Northern Ireland communities because of concerns it would lead to a full investigation into deaths and deaths. can turn off The path to justice.

The previous British government introduced the bill following an election promise by then prime minister Boris Johnson to protect British soldiers from “outrageous” legal action after veterans campaigned to protect them from prosecution.

The council scrutinized the bill, which is making its way through the UK Parliament, as it relates to a set of judgments by the European Court of Human Rights, known as the Maccair group of cases.

The orders relate to the inability to investigate killings in Northern Ireland in the 1980s and 1990s, “either during security force operations or in circumstances giving rise to suspicion of complicity in their deaths by security force personnel”.

The council has a role in monitoring whether member states enforce such orders from the court, and it has previously reprimanded Britain for failing to ensure full investigations into cases, including the 1989 murder of Belfast lawyer Pat Finucane. is included

In its decision on Friday, the council noted that the long-delayed inquiries had started yielding results and warned that the proposed bill could disrupt that progress.

“The new law will prevent the bringing of new civil claims,” the judgment read, “Given the progress finally being made in those enquiries, serious concern has been expressed about the proposal to terminate the pending enquiries. “

Last year, an inquest into the Ballymurphy massacre found that 10 people killed in a British army operation in west Belfast in 1971 were innocent, with the result hailed as a milestone for the victims’ families.

The council “urged the authorities to reconsider the proposal and allow a limited number of pending antiquarian inquiries to be completed, to avoid further delays for families”.

The decision said that before the bill could be taken forward, the British government should allow “sufficient time” to engage with all stakeholders to develop the “widest possible public trust and confidence”.

To ensure that the bill complies with human rights law, it urged the British government to ensure that the body it wants to set up to review Troubles-era killings is “independently and independently seen”, by limiting the role of the Secretary. State for Northern Ireland in its establishment and supervision.

It should also ensure that agreements to release bodies “clearly require full disclosure”, citing concerns from victims’ groups that there is no fact-check for those cooperating in granting immunity. .

The British government did not immediately respond to a request for comment.