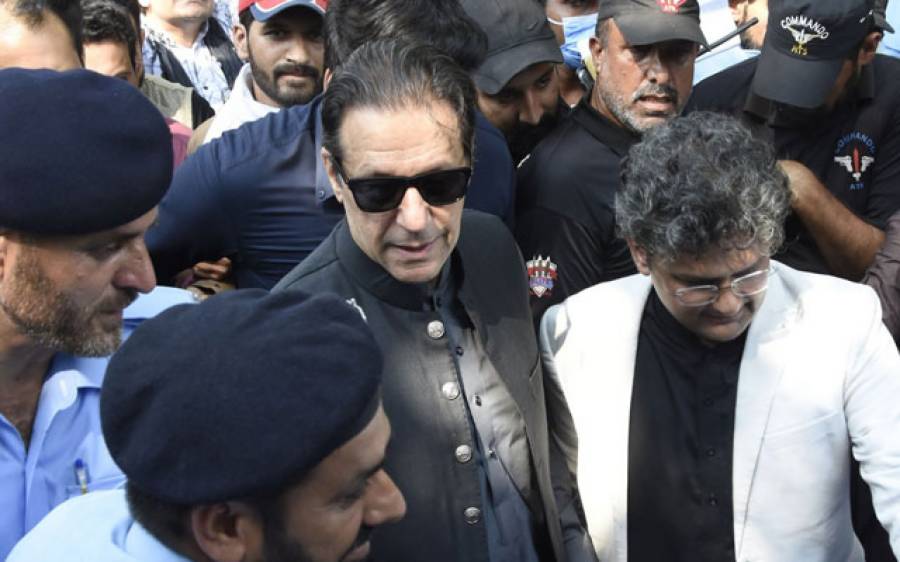 According to sources, PTI’s social media account expressed the fear of arrest of Imran Khan at 2 o’clock tonight and also directed the workers to reach Zaman Park, his residence in Lahore, to protect Imran Khan.

PTI leader Fawad Chaudhry and Hamad Azhar along with workers reached Zaman Park Lahore as soon as the information about arrest of Chairman Tehreek-e-Insaf was received.Police may arrest Imran Khan.

Fawad Chaudhary further said that the arrest of Imran Khan will be a conspiracy against the country, fools don’t know that the movement will be faster with the arrest, if Imran is arrested there will be wheel jamming protest across the country. the park, workers are present in Zaman park, come arrest and show.

He said if police has courage then arrest Imran Khan, police should do their job within law, if you consider our decency as weakness then you will be forgotten. It will not be established.

The Tehreek-e-Insaaf leader further said that the rulers are afraid of the people, they do not sleep at night, there is an economic crisis in the country and they are engaged in arresting Imran, the only solution to problems is early elections, go for it

PTI leader Hamad Azhar also spoke to the media and said that an environment is being created for the arrest of Imran Khan, workers have been appointed to protect Imran Khan. He said he had to make sure that our leader would be safe in Zaman Park.

Hamad Azhar said that the nation is angry, the officials have not yet come forward, people are imposed, they will sacrifice their lives. He said that no mother has the courage to arrest Imran Khan.

He further said that an unwanted person is planted in Punjab, there is a thin wall in transparent elections and revolution, be smart and think 100 times before taking a decision.