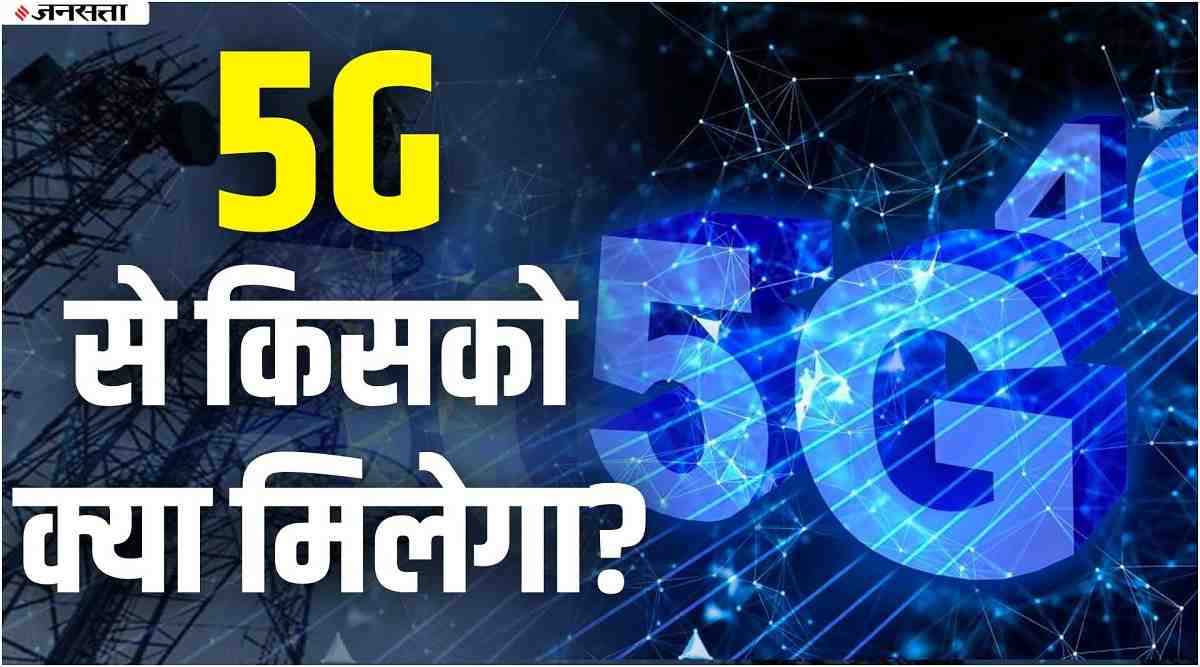 Technically communication plays a major role in any kind of dissemination of information. In today’s era, everyone has an idea of ​​how important the speed of communication is. Here, news related to 5G, a technology for the flow of information, is in discussion. It is being told that the fifth generation of telecom ie 5G services are going to be available in different parts of the country. There is talk of getting these services in six cities of Uttar Pradesh, one of the largest states of the country from August itself. These services can be available in other states of the country soon.

There is no denying the need of fast internet and mobile network today, but the question is that the customers are still not getting the convenience of the existing 4G network properly. Somewhere there is a problem of very slow internet, somewhere the network is broken, and somewhere the internet ban imposed by the governments has been making people feel cheated. In such a situation, how effective will 5G services of telecom prove to be in the country?

There is no doubt that the telecommunication revolution has played an important role in the economic growth of India. Be it computer related services or online education and shopping, the presence of modern telecommunications services is visible everywhere. Moving from landline phones at one time to 2G to 4G, the telecom revolution realized on the strength of mobile-internet has brought a big change in the life of the common man. In the Corona period, it was proved even more convincingly that on the strength of the telecommunications revolution, such works started being done sitting at home, which were probably not even anticipated.

Mobile-Internet services reaching the fourth generation in the country has proved that no progress is possible without a reliable network of communication. This is the reason why the country has been waiting impatiently for the fifth generation communication network i.e. 5G for a long time. Recently, the government has announced that the 5G network in India will start from August-September. For this, 5G spectrum has been approved. It is claimed that once the 5G network is installed, mobile and internet customers will be able to get telecom services ten times faster than 4G.

It is noteworthy that today broadband (especially mobile broadband) has become an important part of the life of common citizens. There has been a rapid expansion of 4G services in the country since 2015. The result of this is that today eighty crore customers in the country have access to broadband, whereas in the year 2014 this figure was only 100 million.

In terms of technology, the increasing reliance on mobile internet forces us to adopt artificial intelligence and 5G cellular networks. It will not be easy to stop people who have tasted 4G as compared to 2G, from going to 5G. From driving cars without drivers, downloading movies at high speed for tele-surgery and entertainment to increasing the speed of online studies, then fast internet is now more helpful in the form of 5G. This is the reason why 5G trials have been going on for a long time in countries that want rapid growth like America, Europe, South Korea and China etc. In some countries like Japan, 5G has become a thing of the past. There is a preparation going on to bring 6G by 2030.

But the advantages of technology are in their place and the things that call it a curse have their place. It is feared that 5G technology is going to be a disaster on the health of human beings who are already facing the limited impact of mobile radiation. However, the courts have not found any solid ground for such allegations.

The courts are of the view that there is not enough research available to say and prove that mobile radiation is indeed fatal to humans, animals or the environment. But the truth is that there are dozens of researches in the world that claim to spread harmful radiation from towers above buildings, usually in residential areas, for mobile phones and their networks.

In India itself, in 2011, a high-level committee of the Ministry of Communications and Information Technology concluded that both mobile phones and their towers are really a problem for living beings. This committee had also held the radiation released in the form of radio frequency energy from mobile phones and their towers to be responsible for the extinction of butterflies, bees and sparrows. At the same time, a similar result was drawn in the ongoing research under a government project in JNU. The result of a study on rats there was that mobile phone radiation damages the defense mechanisms of the cells of the human body in addition to affecting fertility.

The common conclusion of these researches is that the radio frequency field generated by cellular phones and towers affects the body’s tissues. Some research also says that this energy may be a factor in brain tumors, cancer, arthritis, Alzheimer’s and cardiovascular diseases. Perhaps this is the reason why telcos do not increase the capacity of the network from the towers to limit the effects of such radiation.

This leads to the problem of call drops as the network of towers is not available beyond a limited radius. The solution to the problem is to increase the number of low-capacity towers with a safe range of radiation, which are located at a distance. But this requires huge investments which companies do not want to do, because doing so has not been made binding on the government and the law.

Another issue is slow download speed. Most of the consumers complain that despite taking 4G money, telecom companies are providing services like 2G or 3G. This is a big fraud, on whose complaint it is often argued that data consumption is high in our country. According to one estimate, the average data consumption in India is eighteen gigabytes (GB) per month, while the global average is only eleven GB per month. This shows that the telecom infrastructure is not up to date with the data consumption. Hence, there is a need for more investment in the infrastructure sector.

In addition, data rates, call breakage and sound quality require several operations. While companies argue that the data rates in our country are around USD 2, the global average is USD 25. That is, when it comes to the improvement of services, companies leave the issues without a solution by explaining the math of cost and profit.

Since more number of towers will have to be installed and other provisions to meet the demand of customers from reducing radiation to faster internet, which will reduce the profits of the companies. The question is, in a country where health is not the priority of the governments, where governments are in front of big companies, can such a change be brought about through strict legal provisions?

Doug Ford got it right with his ‘Strong Mayor’ planMEERI...

Bungee jumping from the railway bridge! New adventure sports in...

‘Gamification’: How 5G rollout will revolutionize gaming in IndiaMEERI News

The Mexican army seized 1.5 tons of meth from the truckMEERI News