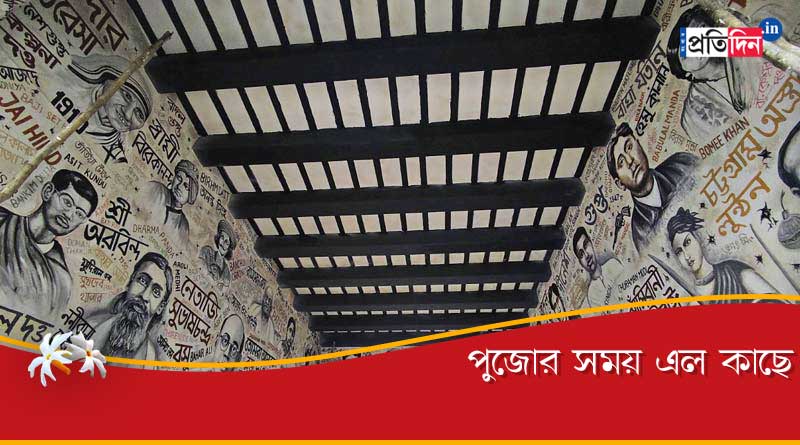 Krishnakumar Das: From Vaishno Devi in ​​the north to Tirupati in Tirumala in the south, Meenakshi Temple in Madurai, Jagannath Temple in Puri in the east, Sanchi Stupa, all at once? Also, if you want to have the merit of visiting the great pilgrimage centers of Bengal like Dakshineshwar and Kalighat, you must set foot in a puja mandapam. That address Hindustan Club of Gariyat.

On the 75th year of independence, this year’s puja highlights all the old traditions and culture of the country, paying homage to revolutionaries and freedom fighters. The main idea is to keep the country ‘in mind, not hatred’ and ‘self below’. Club President and State Finance Minister Chandrima Bhattacharya has taken the initiative to bring together all the country’s historical subjects Mother Teresa, Rabindranath and Nazrul in the same pavilion. 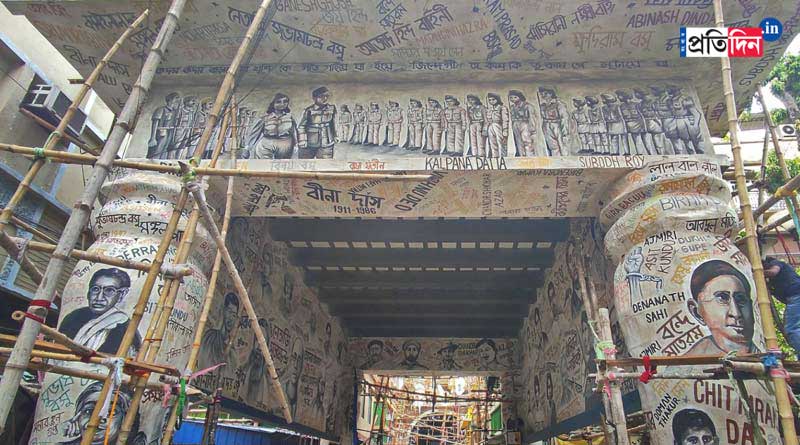 Theme Artist Anirban cuts 3000 oil tins and presents old architecture and creation in a new form. For nine and three months, a team has been working hard day and night to create the look of various old cities in the country. Led by grandfather Saurabh Bose. On entering the mandapam, the first thing one sees are pictures of Bhagat Singh, Khudiram, Prafulla Chaki, Mahatma Gandhi, Netaji, Nehru and Kalam. Various shops have sprung up in mandapams on both sides of the road on either side of the Puri, Kalighat and Dakshineswar temple entrances. The Hindustan Club Mandap is home to the Howrah Bridge, famous restaurants of the city including Victoria and a true feel of the old lanes of North Kolkata. Chandrima Bhattacharya, the main architect of this pooja concept says, “The pooja has tried to present the intangible cultural heritage recognized by UNESCO in the Mandapam.” 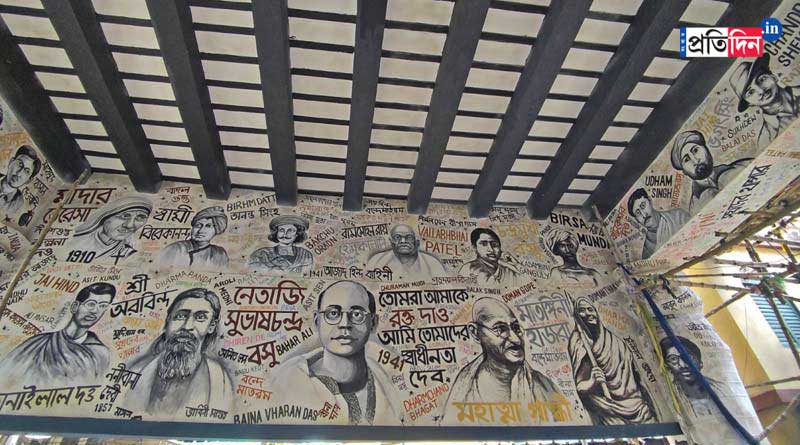 The puja committee also highlighted the nation’s struggle for independence through Barwari Puja (Durga Puja 2022). Artist Anirban asks, “We’ve achieved everything from spaceships to nuclear power, but have we achieved self-sufficiency? Have we really freed the human spirit from racism? The artist has placed the burden of decision in the hands of the audience. Pooja said see and decide.

VIDEO: Taking advantage of the crowd, he touched the wrong place, then the actress did something like… – malayalam actresses sexually assaulted in kozhikode...

Tulsi Face Pack: Blemishes on skin before pooja? Apply this tulsi face pack regularly and you will reap the benefits 4 Homemade Tulsi...