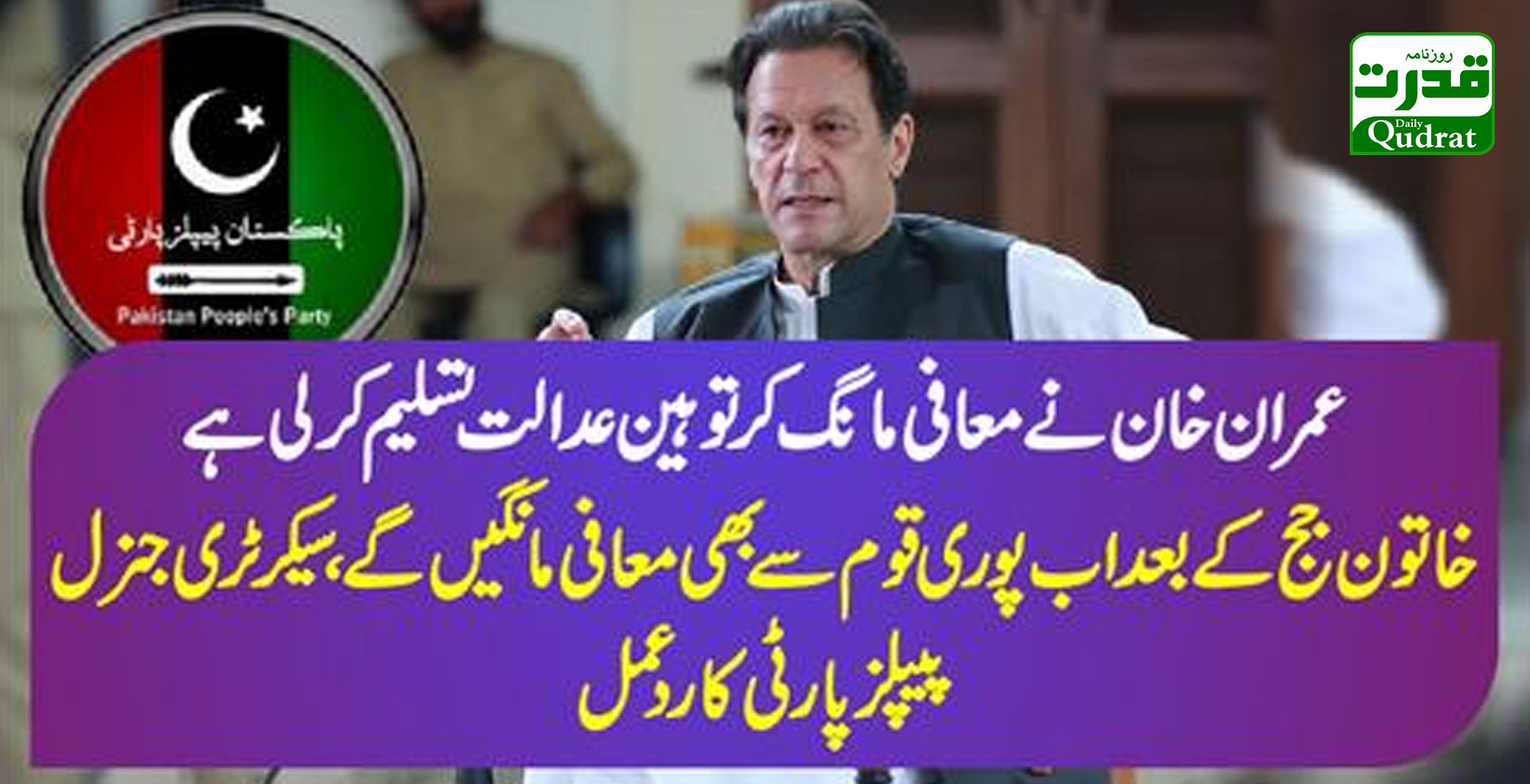 He said Imran Khan’s recent statement is another utron.
Nair Bukhari said Imran Khan is currently stuck in a closed street. It should be noted that the Supreme Court of Islamabad has issued a 2-page written injunction in the Imran Khan case over contempt of trial.

Imran Khan’s full conversation on stage is included in the decree. The Islamabad Supreme Court ordered Imran Khan to submit his affidavit by October 3. It should be remembered that the Larges Bench led by Chief Justice of the Supreme Court of Islamabad, Athar Minullah, heard the contempt of the lawsuit against Imran Khan.
The chief judge noted that the indictment form is not being filed today, Imran Khan came to the podium and said I am ready to go to the female judge and apologize. judge is hurt. I assure you that such action will never take place in the future. Imran Khan said no one is seeking an independent judiciary.
I did not intentionally threaten the female judge. I asked for legal action in my appointment. I’m ready to go to the judge and apologize. I won’t do anything like that in the future. As the case progressed, I felt serious. If you say so, I’ll go to the female judge and assure you. I will assure the female judge that neither I nor my party will harm you.
Islamabad Supreme Court ordered Imran Khan to file an affidavit. The chief judge has stated that they are not drafting the charges today, they will consider your affidavit, they will not press charges, you have understood the seriousness of your statement, which the court values ​​you for. The Chief Justice noted that the style and meeting in which the statement was made was being considered. The Islamabad Supreme Court adjourned the hearing to October 3.
It should be noted that a police security order has been issued regarding Imran Khan’s appearance in Islamabad High Court, 710 officers and staff, including 2 SPs, were deployed for today’s appearance. Safe City cameras were monitored around the Supreme Court. The Security Department was responsible for security arrangements within the Islamabad Supreme Court. FC and Rangers officials were also appointed to the Islamabad Supreme Court. According to the security order, all officers and personnel, except for the roof of the court, will be unarmed. SSP Operations Jameel Zafar will be responsible for security outside the Supreme Court and no officer on duty will use cell phones. Wireless will be used for the service.