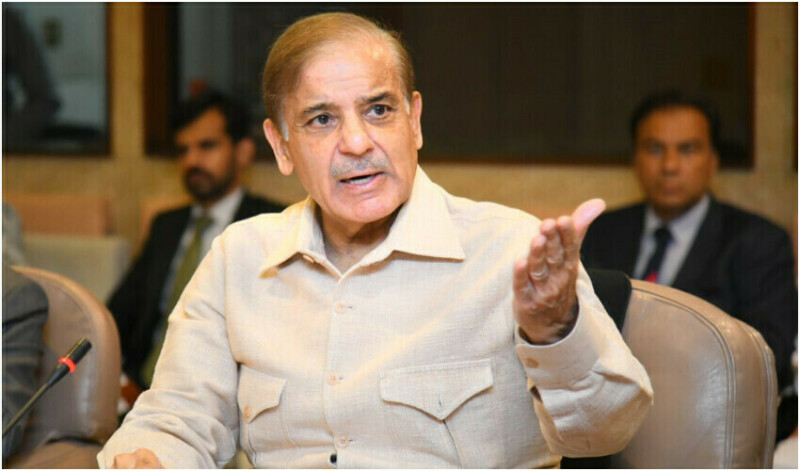 Speaking at the press conference in Lahore, Prime Minister Shehbaz Sharif said there is no place for violence in politics, I pray for a speedy recovery of all the injured, including Imran Khan.

The Prime Minister said that we all condemned the incident of PTI in March, after this incident I also postponed my press conference, I ordered the Ministry of Interior and the provincial government to provide all possible assistance.

Shahbaz Sharif said he prays for Imran Khan’s health but can’t keep quiet about conspiracies, everyone including me has a duty to play a positive role to save Pakistan. Lies and cynicism were shown, it was said that there was a conspiracy behind the incident, I, Rana Sanaullah and an officer of the institution were charged which is sad.

The Prime Minister criticized Imran Khan saying that this person is an embodiment of lies from head to toe, he is doing his best to derail the nation. Imran Khan attacks the army as an enemy, Imran Khan’s statements are full of contradictions, Imran Khan always said that General Bajwa is standing next to me.

The Prime Minister said I was charged with 10 billion rupees in the Panama case, the case has been going on for five years, their lawyers are not present, where has the Multan Metro case gone? China was vilified, a man named Javed Sadiq would be my front man. Retired judges were installed to punish us, he wants retired judges to blackmail him like Javed Iqbal, Javed Iqbal was blackmailed by Tayyaba Gul.

The prime minister said the evidence tells itself that this person is a liar. By law, the injured person goes to the government hospital for the medical-legal certificate. Safar didn’t go to a hospital, he went straight to his hospital.