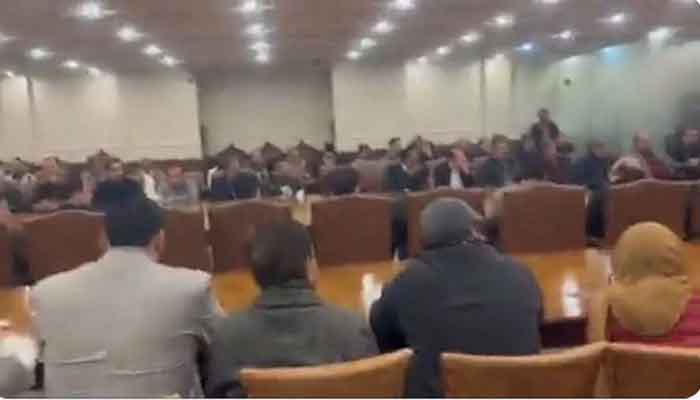 Lahore: PML-N, PP did not show full strength in the parliamentary party meeting.

Sources say that PPP’s Hasan Murtaza and Ali Haider Gilani attended the meeting, while five PPP members were absent from the parliamentary party meeting. Leaders of both parties strongly urged members to attend.

The Punjab Assembly has 167 members of the legislature, while the PP has 7 members. After the support of 4 independent members in the Punjab Assembly, the number of opposition alliance is 178.