Morbi bridge collapse Cold comfort when given a check: ‘What do I do with the money?’MEERI News 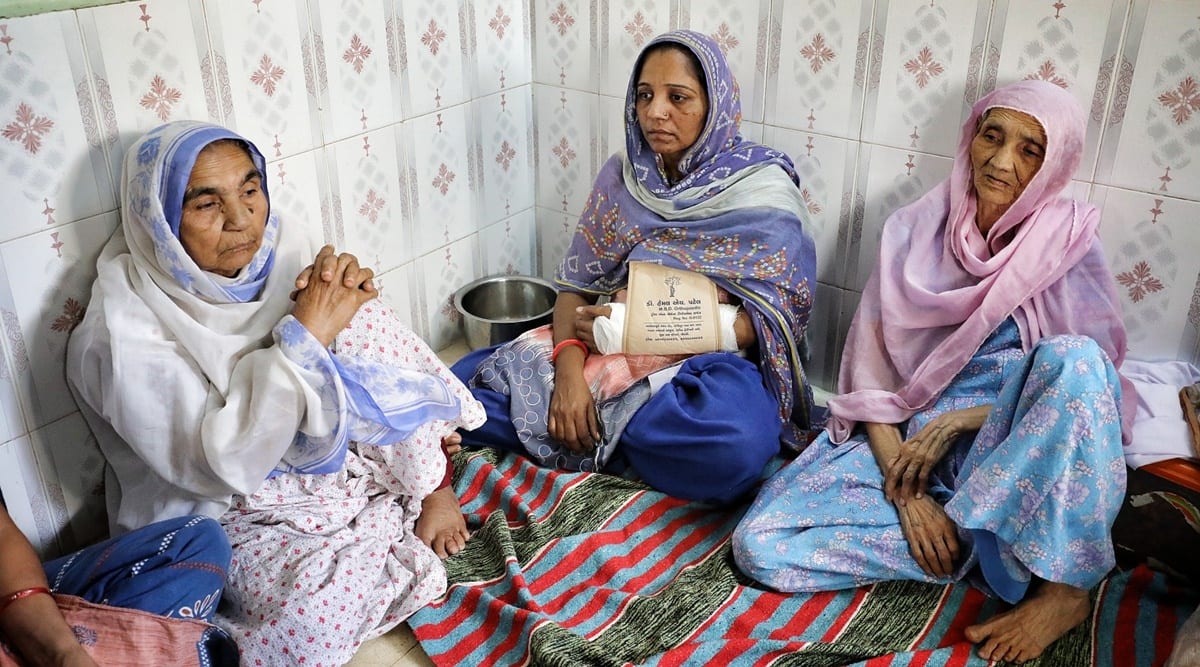 “What do I do with the money when my family is gone?,” asks Hemantbhai Parmar, 60, his voice ringing with grief. On Tuesday morning, district administration officials visited his house in Nana Khijaria village, 30 km from Morbi town, and handed over a check of Rs 16 lakh – Parmar had lost his youngest son Gautambhai (27). Law Chandrikaben and his two grandsons aged nine and five.

Two days after a suspension bridge collapsed across the Machu River in Morbi, killing 135 people, 34 of them children, there are questions around the grieving city — angry, bitter — about what it calls an “unbearable tragedy.” is seen

The Makwanans and Ghoghas have been neighbors and “family friends” for the past three decades, hanging out together for everything from grocery shopping to entertainment. “My sister Priyanka was very fond of little Arshad. When their bodies were found, Priyanka was found holding Arshad’s finger. My mother also went with them but luckily, she survived,” said Vikram, Prabhuphai’s son.

The two families, united in their grief, say they now want answers from the administration and Oreva, the private company that was in charge of operating and maintaining the bridge.

“When the bridge was being managed by the Morbi municipality, 50 people would be allowed on the bridge and entry and exit would be controlled. They gave this private company the freedom to enter as many people as they wanted. How can they? Moreover, for 100 years, the wooden planks on the bridge have never left but on the fifth day of the inauguration of this newly built bridge, it happens – what does this mean? explained Asifbhai, who had his Apart from his wife Shahbano (29) and mother Mumtazben (62), he lost his son Arshad in this tragedy.

“After the accident, rescue operations were carried out by all the locals and some fishermen who had brought their boats. By the time the administration arrived, many people had died. Anyway, then the ministers arrived and the administration got busy making arrangements for them,” says Vikram.

He added that his father Prabhubhai and Asifbhai’s father Habibbhai went to the government-run GMERS hospital after being asked to be present during Prime Minister Narendra Modi’s visit on Tuesday.

A common point among the families of those who lost loved ones is that the government has “arrested lower-level officials instead of charging higher-ups”.

“Orewa owners have not been arrested. Municipal officials say they were not aware that the bridge was opened without a fitness certificate. But how is this possible when Orewa made a grand announcement about it? Those who designed the bridge should be held responsible,” says Vikram.

An ex-gratia of Rs 4 lakh has been paid to the next of kin of each victim and Rs 50,000 will be paid to each injured, officials said. “Relatives of each of the 135 victims have been handed over checks of Rs 4 lakh as compensation. We have handed over a total relief of Rs 5.4 crore,” HR Sanchala, in-charge of the Morbi District Disaster Control Room, Mamlatdar told The Indian Express.