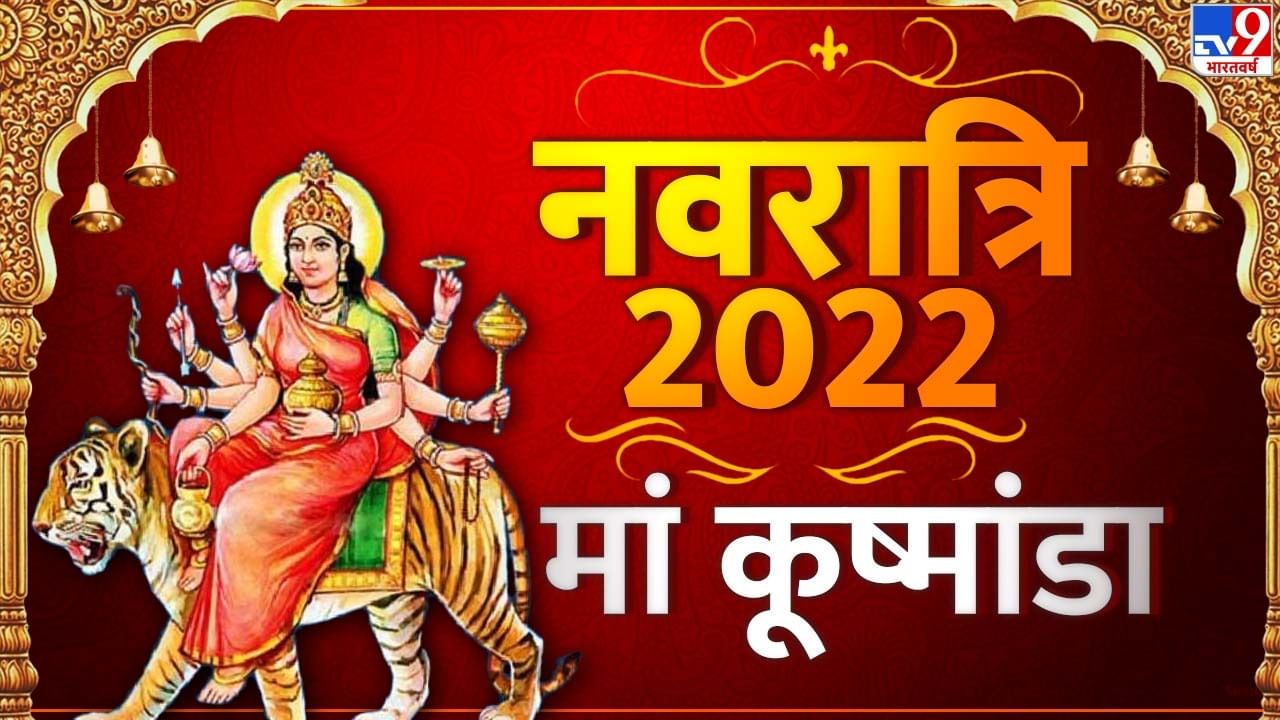 Today, on the Chaturthi Tithi of Shukla Paksha of Ashwin month, what is the importance of worshiping the Kushmanda form of Goddess Durga and what is her method of worship, read this article to know. 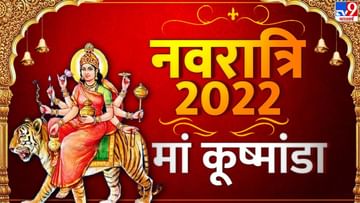 On the fourth day of the festival of Navratri, there is a law to worship Maa Kushmanda. Kushmanda means a pot, within which a large number of seeds are found, through which lies the power to produce many pots. It is believed that Maa Kushmanda also transmits life force to the whole universe in the same way. Mother Kushmanda, who rides a lion, holds arrow, wheel, mace, nectar urn, lotus and kamandal in her eight arms. It is believed that by worshiping Maa Kushmanda in Navratri, all the diseases, sorrows and fears of the seeker are removed and he gets infinite grace and desired boon of the Goddess. Let us know the worship method and religious importance of Maa Kushmanda.

On the fourth day of Navratri, get up early in the morning before sunrise and after taking bath and meditate, by laying red colored cloth on the picture of mother Kushmanda on a post, offer red sandalwood tilak, incense, lamp, scent, red flowers, red fruits. – Worship by law. After this, offer Maa Malpua specially.

It is believed that green color is very dear to Maa Kushmanda. In such a situation, to get the blessings of the mother, on the fourth day of Navratri, worship by wearing green clothes and make sure to offer green bangles and clothes to the mother in the material of makeup. It is believed that if sweets made of petha are offered to Maa Kushmanda, she soon becomes happy and gives the desired boon.

The worship done for 09 goddesses in the nine days of Navratri is not only of great importance from the religious point of view but also from the astrological point of view. According to astrology, Goddess Kushmanda, the presiding deity of the fourth day of Navratri, is related to the planet Ketu. In such a situation, if Ketu is causing a lot of troubles in your horoscope, then today you should especially worship Goddess Kushmanda and chant her mantra.

To get the desired blessings from Maa Kushmanda on the fourth day of Navratri ‘Om Hreem Clean Chamundai Namah’Chant the mantra with full devotion and faith.


(The information given here is based on religious beliefs and folk beliefs, there is no scientific evidence for this. It has been presented here keeping in mind the general interest.)