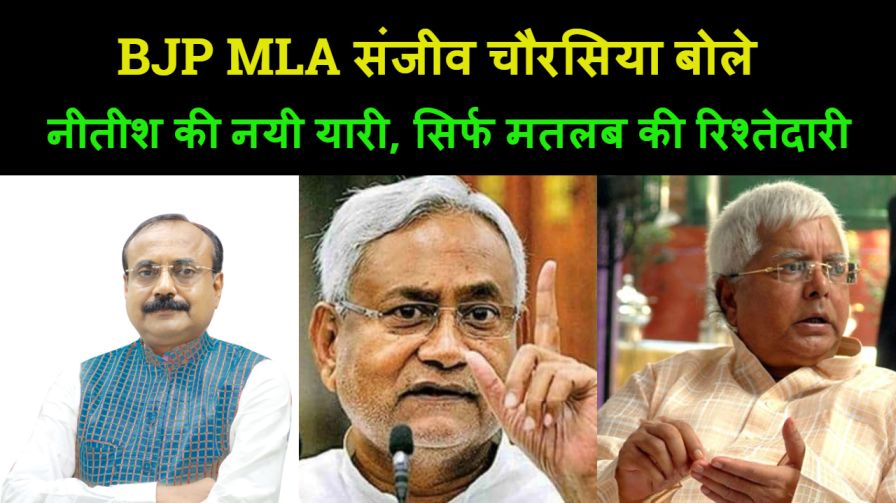 PATNA: State BJP General Secretary and Digha region MLA Sanjeev Chaurasia while targeting the ruling parties in the state said that the truth is never hidden. Shivanand Tiwari’s statement that Nitish Kumar should open the ashram by handing over the chief minister’s chair to Tejashwi, it is not his personal statement, but exposes the thinking of RJD. This is what is said, ‘Chowbey went to become Chhabbe, returned as Dubbe’.

BJP MLA Sanjeev Chaurasia said that the statement of Shivanand Tiwari is an indication that the RJD has now started the exercise to remove Nitish Kumar from the post of Chief Minister. Now a RJD leader has raised his voice, this voice will be louder now. Nitish Kumar will soon be forced to retire from politics by merging JDU with RJD. The public has also realized this. Everyone who is this public knows.