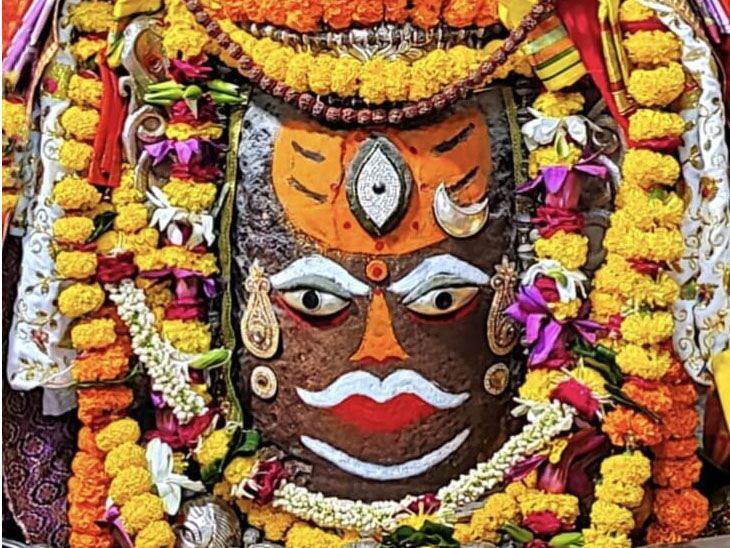 Ujjain. Lord Mahakal was anointed with water after opening the doors of the temple at 3 am on Saturday in the world famous Shri Mahakaleshwar temple, one of the twelve Jyotirlingas. After this, the priests worshiped Baba Mahakal with Panchamrit made from milk, curd, ghee and honey fruit juice. On the forehead of Mahakal, Mogre rose flowers were offered along with a tripund of silver moon sandalwood.

During Bhasma Aarti, Lord Mahakal was adorned with cannabis, sandalwood, vermilion and ornaments. Wearing a tilak on the head and a silver crown of Sheshnag on the head, a silver garland and a rosary of silver studded Rudraksha were offered along with a garland of flowers made of fragrant flowers.

Enjoyed fruits and sweets. Devotees who arrived in large numbers for Bhasma Aarti took the blessings of Baba Mahakal. Bhasma was offered to Lord Mahakal from the side of Maha Nirvani Akhara.