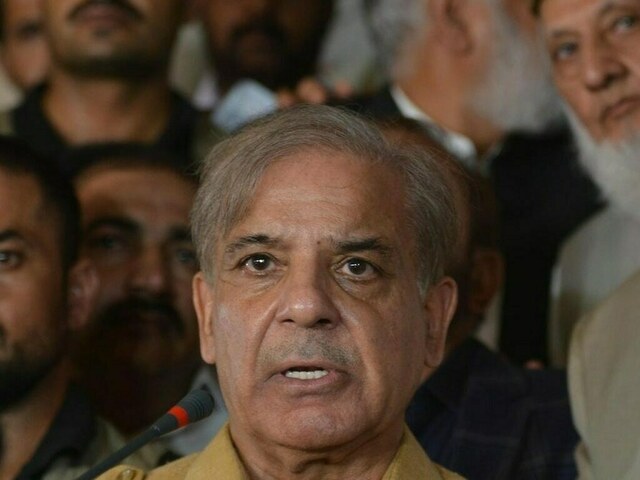 New York: Prime Minister Shahbaz Sharif has urgently appealed to international donors and rich countries for debt relief and special programs to rehabilitate the flood-affected people of the country.

Shahbaz Sharif said in an interview with Bloomberg Television in New York that Pakistan’s debt obligations are due in the next two months, adding that his government had signed an agreement with the International Monetary Fund with “very strict conditions”. , which includes taxes on petroleum and electricity. .

“We have spoken to European leaders and other leaders to help us in the Paris Club,” Sharif said in the interview, referring to the group of rich debtor nations. How can one expect to stand on? It is simply impossible.”

He noted a “gross gap” between what Pakistan is asking for and what is available, warning that the nation faces the imminent threat of pandemics and other threats. Sharif said, “God forbid it happens, all hell will break loose.”

The prime minister said Pakistan needed additional funds to deal with the devastation caused by climate-induced catastrophic floods. He said that without debt relief it is impossible to revive our economy after this unprecedented disaster.

“We have spoken to European leaders and other leaders to help us get a moratorium at the Paris Club,” Sharif said, referring to the group of rich debtor nations. How can it be expected to stand on its own feet? It is simply impossible,” he added.

Shehbaz added that he has spoken to the Paris Club and the IMF in this regard. He said the country is already facing an economic crisis, unprecedented floods have displaced millions of people, destroyed millions of hectares of standing crops and destroyed thousands of houses. The Prime Minister said that we now have to rehabilitate these lakhs of people, provide them with safe housing, medical facilities, build climate-friendly infrastructure and restore flood-ravaged arable lands.

He said that Pakistan will have to import tonnes of wheat this year to meet its food requirements as millions of acres of agricultural land have been submerged due to floods.

The Prime Minister said that it is very unfortunate that Pakistan’s contribution to carbon emissions is only 0.8 percent but it is one of the ten most vulnerable countries to be affected by climate change. Referring to his interaction with world leaders on the sidelines of the UN General Assembly session, Shahbaz Sharif said that the entire international community, realizing the devastating situation, has extended all possible support to us.