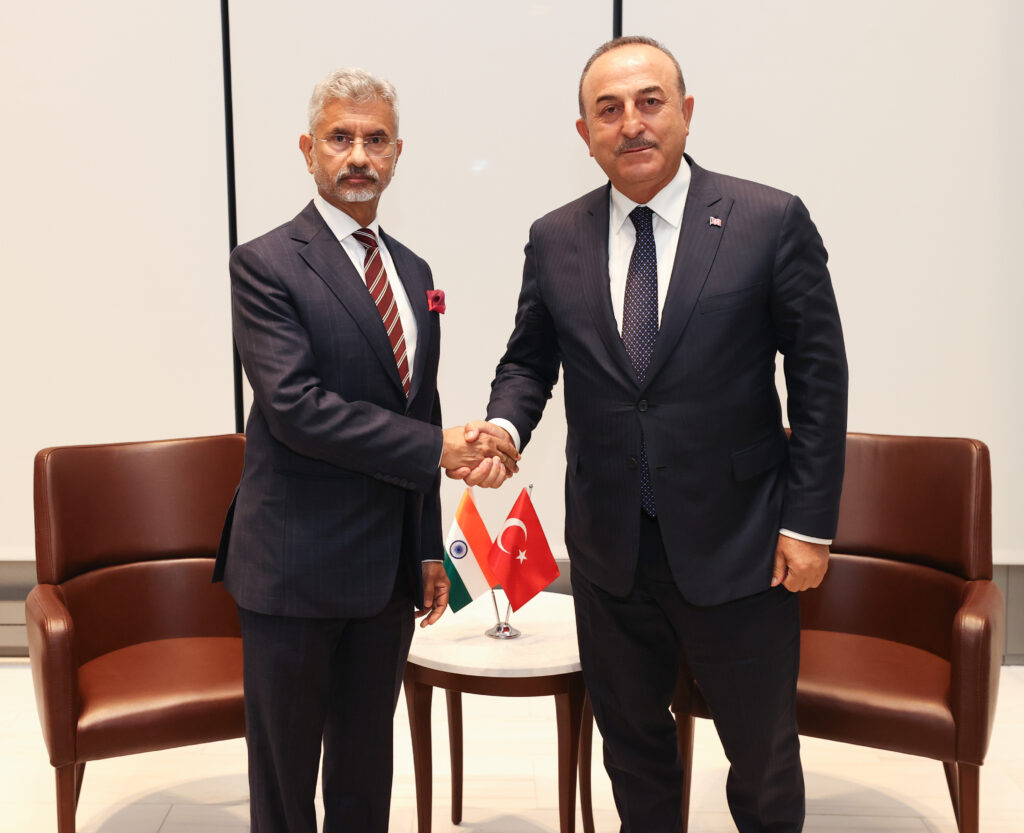 Turkey is embroiled in a conflict on the divided island of Cyprus between its ethnic compatriots who occupy its breakaway north and Greek Cypriots.

In his speech on Tuesday morning, Erdogan struck a neutral-sounding stance and said: “We hope and pray that just and lasting peace and prosperity will be established in Kashmir.”

He avoided internationalizing Kashmir by calling for UN resolutions as he had done last year or criticizing India in strong terms in the years before that.

Apart from Pakistani politicians, Erdogan is the only leader to have mentioned Kashmir in recent years in speeches to the 193-member assembly.

Turkey has played a leading role in negotiations between Russia and Ukraine, and along with the United Nations it has helped open Kyiv’s ports to grain exports via the Black Sea.

Also on Tuesday, Jaishankar met Austrian Foreign Minister Alexander Schellenberg, whom he called “my dear friend” in a tweet that said they “discussed enhancing our cooperation in mobility and education”.

“Appreciate his insight into the Ukraine conflict and its consequences,” he added.

Schellenberg said in his tweet that they had another excellent exchange covering “bilateral relations, including in the area of ​​migration”.

“Also discussed the global consequences of Russia’s unprecedented aggression against Ukraine,” he added.

Earlier on Tuesday, on the second day of his diplomacy on the sidelines of the General Assembly, Jaishankar held high-level meetings with President Nana Akufo-Addo of Ghana and Azali Assoumani of Comoros.

Jaishankar tweeted that he and Akufo-Addo “discussed our ongoing cooperation in the UN Security Council, particularly on counter-terrorism. Appreciated the achievements of our development partnership”.

India has close development ties with Ghana and supports several projects there in infrastructure, education and technology.

He added that they “discussed furthering our development partnership and working together on maritime security”.