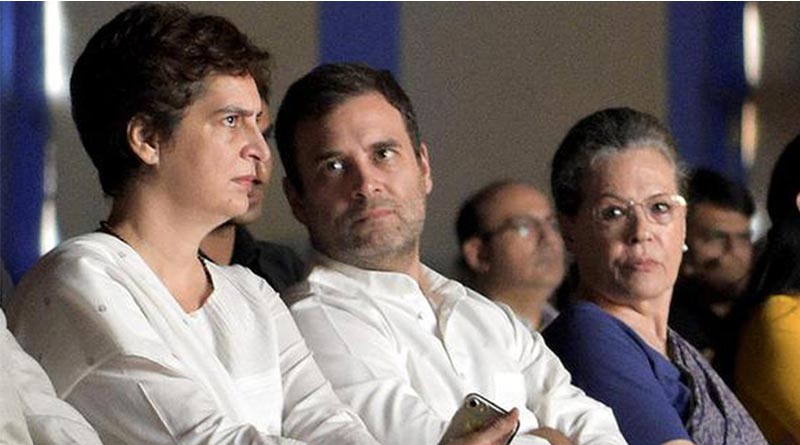 Somnath Roy, New Delhi: Interim President Sonia Gandhi and General Secretary Priyanka Gandhi are going to join Congress’ Bharat Joro Yatra. This march will enter Karnataka on September 30 under the leadership of Rahul. Sonia and Priyanka will join the procession separately in Seraj. Party Organization General Secretary KC Venugopal informed this on Friday.
In fact, Karnataka assembly elections (Karnataka assembly elections) early next year. BJP is now under severe pressure in this south Indian state. That is why the top leadership of the party is paying more attention to Karnataka. Congress sources indicate that Sonia Gandhi is now physically healthy. Therefore, the Congress leadership thinks that there will not be much difficulty for him to travel to India. Karnataka Pradesh Congress President DK Shivakumar also said that one day Sonia will hold a procession in Karnataka. Priyanka will also walk on another day.

Meanwhile, the ‘Bharat Jodo’ journey is accompanied by political tug-of-war. Recently, RSS chief Mohan Bhagwat (Mohan Bhagwat) held a meeting with several Muslim intellectuals. The most notable among them is Umar Ahmed Ilyasi, head of the All India Imam Organization. RSS chief met with Ilyasi on Thursday. The RSS claimed that Bhagwat had met at the invitation of Imam Sahib. However, according to Sangh sources, the RSS is seeking common ground among Muslims. That is why the head of the association is meeting with Muslim intellectuals. Although the Congress claims that this meeting of Mohan Bhagwat is the impact of Congress’s Bharat Joro Yatra.

On this day, one of the Congress spokesperson Pawan Khera tweeted, “15th day of India Joro Yatra is over. Meanwhile BJP spokespersons have started calling Godse Murdabad. Union Ministers have started opposing violence against minorities. Mohan Bhagwat has approached Imams. Another Congress spokesperson Gaurav Vallabh reiterated, “Rahulji’s Bharat Joro Yatra Bhagwatji has had such an impact that we are inviting him. Come hold the national flag for one hour a day. Walk beside Rahul Gandhi. Shout Bharat Mata Ki Jai, unite India.”

WHO warns of deaths in Gambia, which substances are toxic in cough medicines?MEERI News