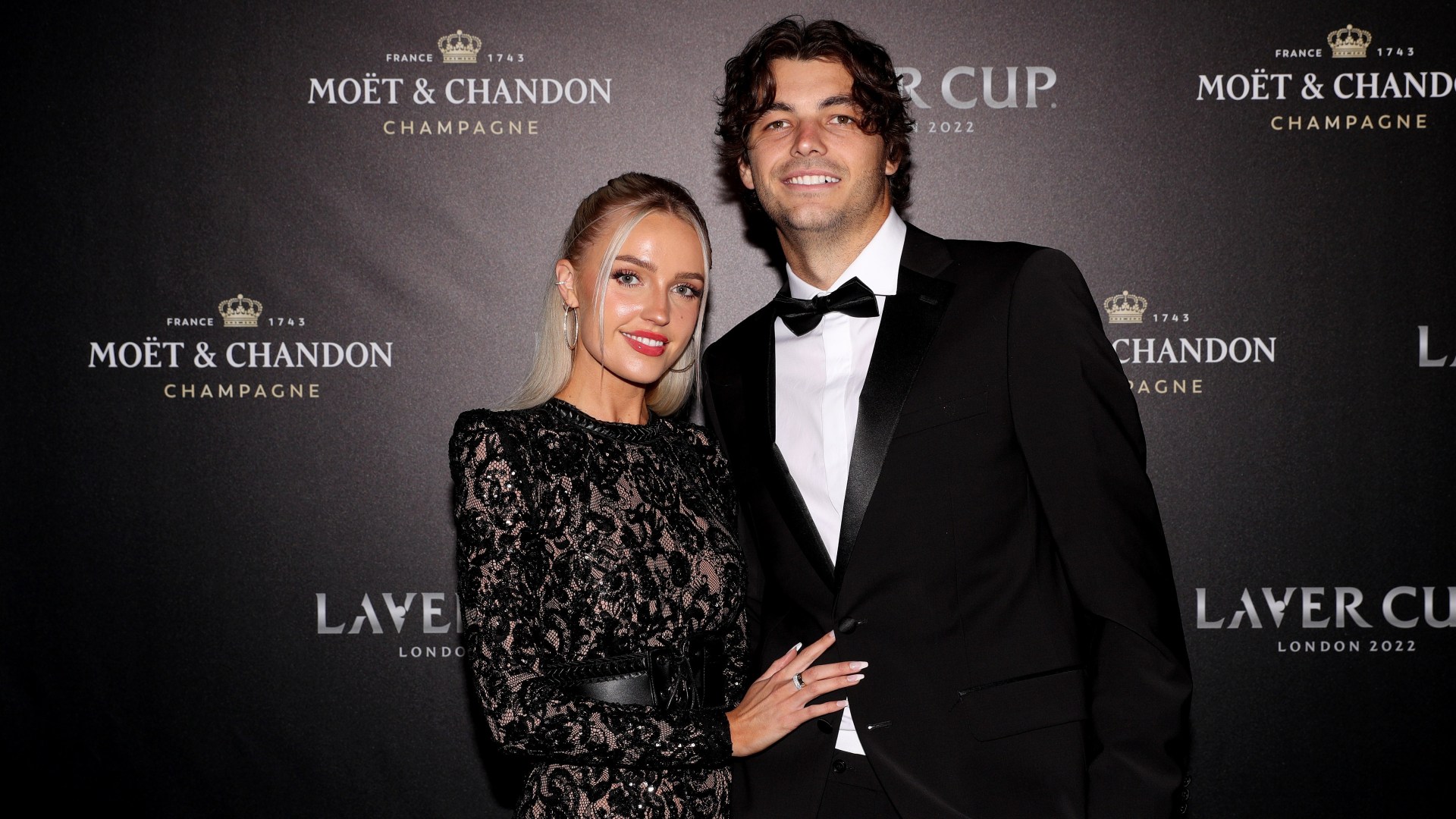 Tennis wag Morgan Riddle has sent fans into a frenzy yet again as she returns to London to watch boyfriend Taylor Fritz at the Laver Cup.

Model Riddle, 25, stole the show at Wimbledon earlier this year while Fritz reached the quarter-finals of the Grand Slam.

Fritz unfortunately crashed out with tennis icon Rafael Nadal but made a name for himself for his strong account.

And so Fritz was invited to play in the Laver Cup for the second time in his career for Team World.

Fritz, 24, is Team World’s highest-rated player and will team up with the likes of Felix Auger-Aliassime and Diego Schwartzman.

And if Fritz isn’t able to win on the London court this week, he’s certainly winning it.

Girlfriend Riddle is in the English capital to support her man and has sent fans into a frenzy with her latest Instagram upload.

The suited and booted couple posed for a photo before the tournament.

Casino Exclusive – Sign up for the best new customer deals

Another said: “You look perfect.”

The winning team must reach 13 points to seal victory at the Laver Cup.

Team Europe has a 2-0 lead thanks to wins from Stefanos Tsitsipas and Kasper Ruud.

Federer and Nadal will then team up against Jacques Sock and Francis Tiafoe to close out the first day.