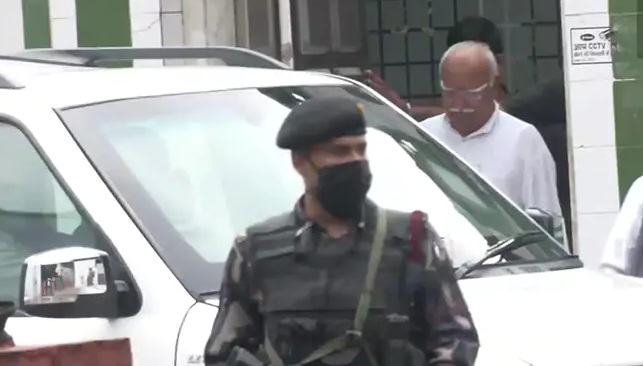 The religious leader’s son Suhaib Ilyasi said that this meeting was positive and said, ‘This meeting between the two will send a good message to our country. We discuss like a family. It is very good that he (Mohan Bhagwat) attended this meeting in response to our invitation.
This Imam organization has been known as an organization close to the BJP government since its inception.

On one hand, the hijab case in Karnataka, the request for Hindu prayers to be offered at shrines inside Jannavapi Masjid premises in Varanasi, and the nationwide row over ousted BJP leader Nupur Sharma’s controversial remarks in the name of the Prophet (PBUH). After Bhagwat’s statement questioning the need to install a Shiva Lingam under every mosque, a meeting was desired. In response to that meeting, Bhagwat sat in a meeting with Muslim intellectual leaders.

RSS spokesperson Sunil Ambedkar said that RSS or Rashtriya Swayamsevak Sangh is the ideological guru of BJP. RSS leaders meet people from all walks of life. It is a simple news sharing process.

Last August 22, Mohan Bhagwat met five Muslim leaders and concluded the meeting by expressing concern over the disparity in the overall situation in the country. Both sides discussed who had objections.

Muslim intellectual and former Election Commissioner SY Qureshi said many constructive discussions took place between the two parties during the 75-minute meeting. In that meeting, Mohan Bhagwat expressed concern over the situation in the country. Quoting the RSS chief’s statement, SY Qureshi said Bhagwat said he was not happy with the atmosphere of discord in the country. The country can progress only with cooperation and solidarity.
Also, the issue of cow slaughter came up during Bhagwat’s discussion with Qureshi. Bhagwat told him that cow slaughter would offend Hindus.

Muslim intellectual SY Qureshi said, ‘We have said that ‘cow slaughter is actually prohibited throughout the country’. Muslims obey the law, and if anyone breaks the law, it is a great wrong and he must be punished.’ Another thing that Mohan Bhagwat objected to was the word ‘kafir’. He said that this word is bad for Hindus. In response, Qureshi said, ‘The original Arabic word kafir means unbeliever. Some believe in Islam, they are believers. Those who do not believe in other religions are infidels. What used to be a neutral term has now become a pejorative.

She told Bhagwat that some right-wingers were calling Muslims ‘jihadi’ and ‘Pakistani’, Qureshi said. They cast doubt on Muslim loyalty and constantly demand proof of patriotism. But Muslims are also Indians. Bhagwat accepted this statement.

Qureshi told him, ‘We carry the same genes. Most of the Muslims here are converts’.

SY Qureshi said that the RSS chief has given us several assurances.