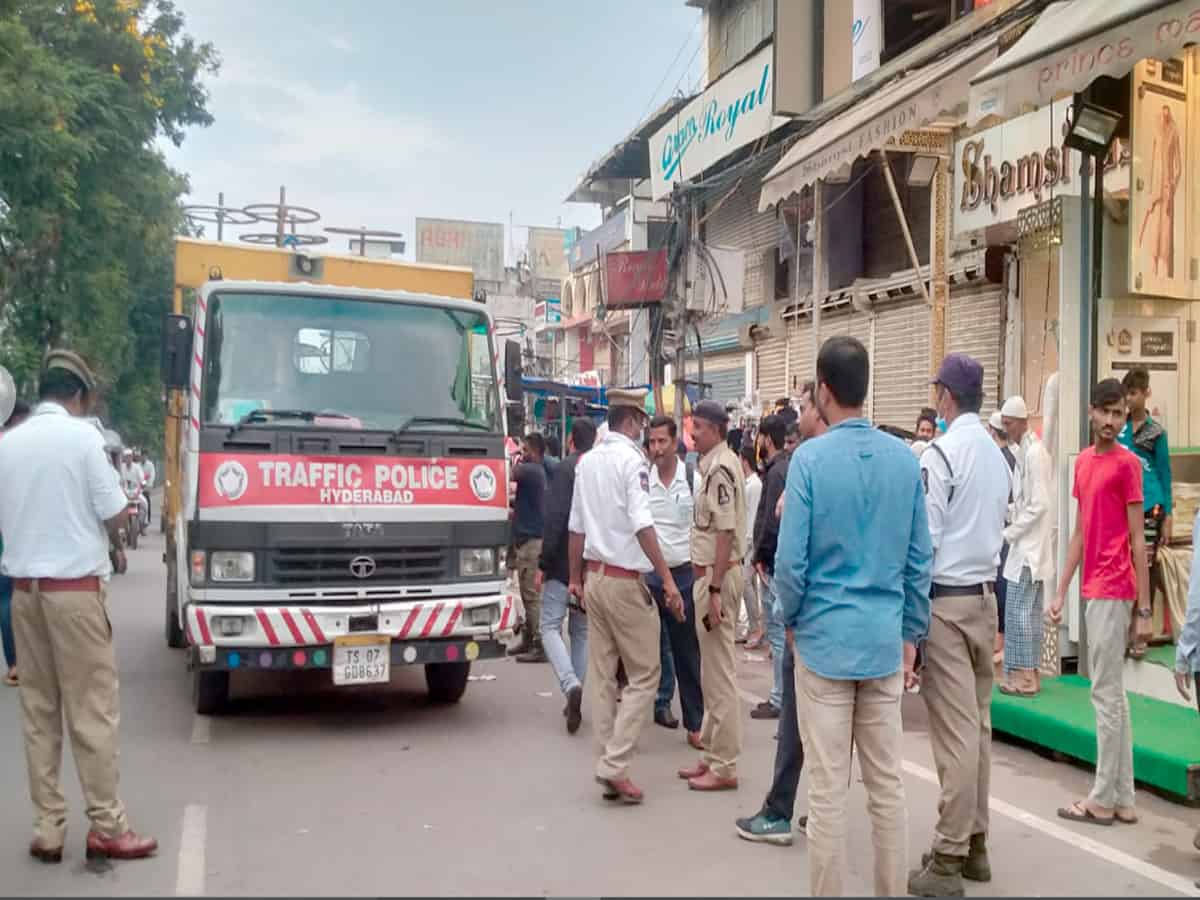 The traffic police officials first spoke to the small and big shopkeepers and advised them not to park their vehicles on the roads, make adequate arrangements for the parking lots and not create any obstacle for the commuters.

Meanwhile, the traffic police removed obstacles from the roads and footpaths. Thana City Police has registered 20 cases under section 41 and 39B.