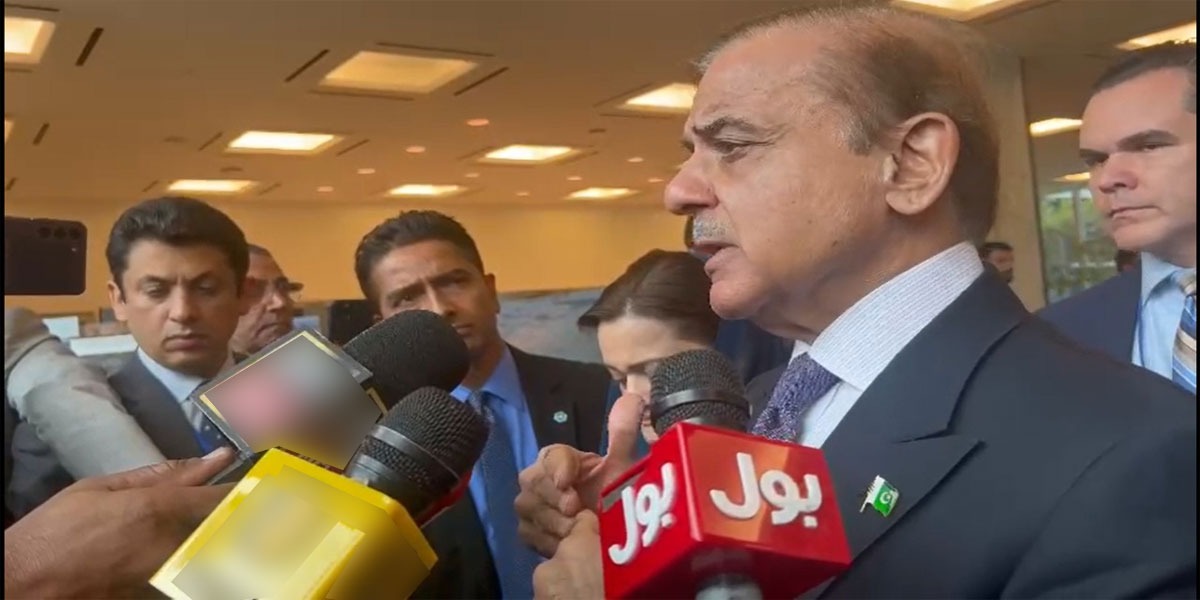 According to the details, Prime Minister Shahbaz Sharif said during a talk with the media in New York that Pakistan has suffered a loss of $30 billion and it may be more.

He said I informed world leaders about the disasters caused by flooding.

He said I had a meeting with the Secretary-General of the United Nations today, he’s one of those guys who raises his voice for us.

It should be noted that Microsoft founder Bill Gates met Prime Minister Shehbaz Sharif at the 77th session of the United Nations General Assembly in New York.

Prime Minister Shehbaz Sharif briefed on the human costs of climate change, food insecurity caused by flooding and the plight of flood-affected women and children.

On the other hand, Prime Minister Shehbaz Sharif, in his statement on the social networking site Twitter, also expressed his gratitude to US President Joe Biden for his appeal for help to the flood victims at the United Nations General Assembly.

Thank you chairman @JoeBiden for raising awareness of the plight of the flood victims in Pakistan and urging the world for an immediate response as my country faces the devastation of unprecedented flooding. Calls from stranded women and children for help must be heeded. #UNGA