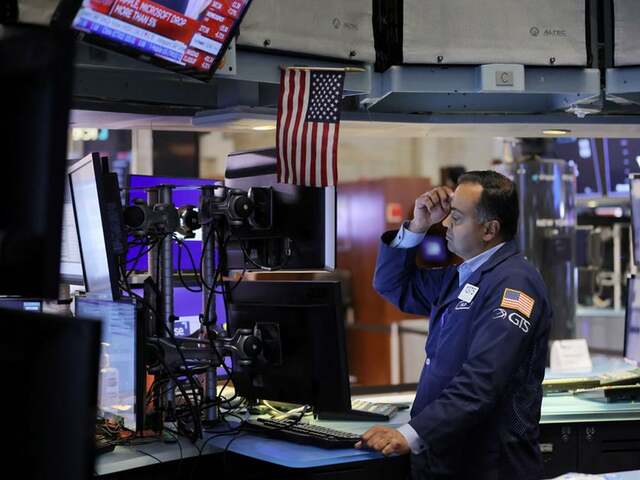 Wall Street’s main indexes returned to positive territory in mid-afternoon trade on Wednesday after a brief setback immediately following the Federal Reserve’s rate announcement, in which rates were forecast to remain high for a longer period.

At the end of its two-day meeting, the Fed raised its policy rate for the third time by 75 basis points to a 3.00-3.25% range. Most market participants had expected such a hike, with only a 21% chance of a 100 bps rate hike ahead of the announcement.

However, policymakers also hinted at more big hikes to come in the new projections, which show its policy rate rising to 4.40% by the end of this year before peaking at 4.60% in 2023. This is higher than estimates of 3.4% and 3.8% respectively in June. .

“The market’s initial reaction is due to the dot plot,” said Thomas Hayes, chairman and managing member of Great Hill Capital.

“Partners had expected that maybe in late 2023, they would have kind of cut or eased (on rate hikes), and based on their expectations today, they’re going to stay high for a long time and early on. The reaction is that the market doesn’t like it. This.”

However, after initially giving up earlier gains and plunging in the minutes following the 2pm ET announcement, the US index made its way back into the black.