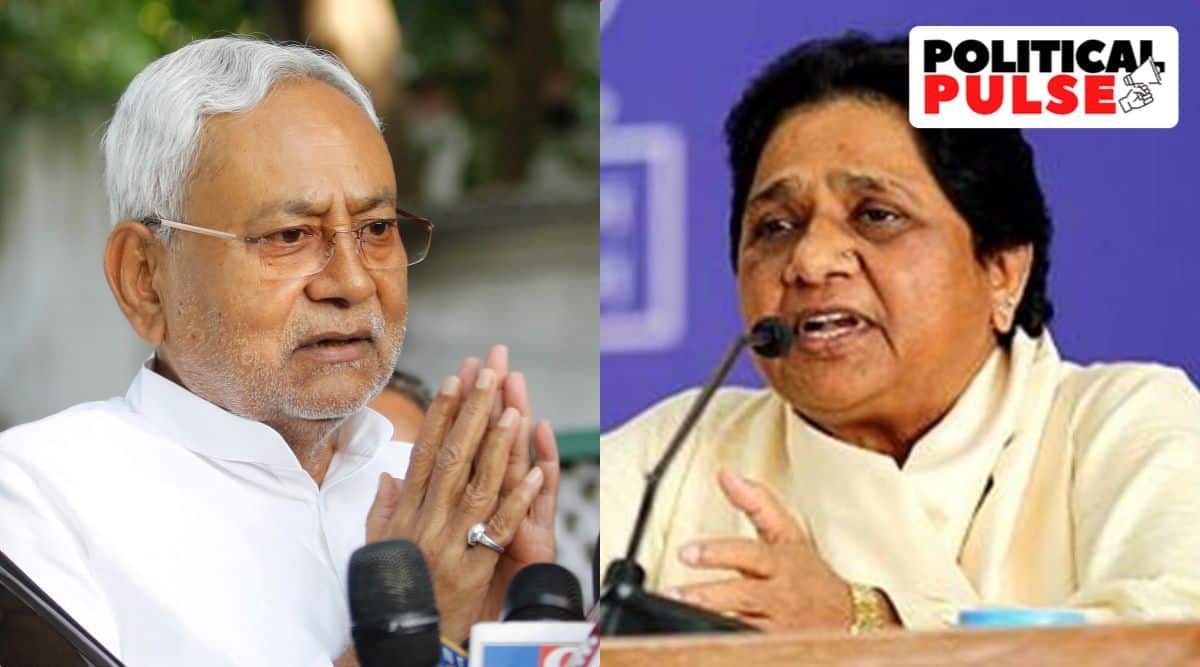 Sources in the Janata Dal (U) and the Rashtriya Janata Dal (RJD), which are also part of the ruling coalition in Bihar, said. Indian Express Despite strong speculation about Kumar contesting the general elections from Uttar Pradesh or campaigning for the Samajwadi Party (SP), no channel of talks regarding the 2024 elections has been opened.

Asked why Nitish did not meet anyone from the BSP, a senior JD(U) leader said, “Nitish Kumar has so far met opposition leaders who have expressed their desire to quit the NDA.” The move was appreciated and welcomed; by those who are our partners in the Bihar government; and who are looking for an effective alternative to the BJP. At no stage did Mayawati express her desire to be part of the opposition.

During the presidential election in June, the BSP supported the NDA’s presidential candidate, and current president, Draupadi Murmu. While Declaring his support for Murmu, Mayawati placed the BSP among other parties to keep it out of the discussion about the opposition candidate for the post. He said they were “anti-BSP” and had “racist attitudes”.

According to political observers, SP is another major reason why Mayawati has stayed away from the opposition. When Nitish met in the national capital earlier this month, the SP chief was among them Akhilesh Yadav and Mulayam Singh Yadav. Following this, a banner was hoisted at the SPA headquarters in Lucknow, displaying the spirit of camaraderie between the top leaders of the two parties. The slogan on the banner read, “UP + Bihar = Gei Modi Sarkar (UP + Bihar = End of Modi Government). Akhilesh was the first UP leader to welcome Nitish’s move to break ties with the BJP.

On the contrary, relations between SP and BSP have deteriorated since their short-lived alliance during the 2019 Lok Sabha elections. Both the parties broke their partnership only after the elections. On Wednesday, Mayawati tweeted: “Secular forces voted for SP and made it the main opposition party (against Yogi Adityanath-led BJP in the state) but SP has failed to challenge BJP.”

He added, “Despite having a large majority in the Legislative Assembly, the SP looks very helpless and weak against the government; It is very worrying.”

The Janata Dal (U) and RJD said it was up to Mayawati to decide whether she wanted to join efforts to assemble a larger opposition front against the BJP. JD(U) national spokesperson KC Tyagi said that his party is not in favor of any kind of political interference. UP based parties which are against BJP have to decide what they have to do. BSP also has to decide.

A senior RJD leader said, “Behn ji (Mayawati) will have to call whether she wants to join the opposition or not. We hope that BSP will join forces with other opposition leaders to defeat BJP. Ahead of the 2019 Lok Sabha elections, RJD leader Tejashwi Yadav met Mayawati in Lucknow. At the time, Tejashwi’s move was seen as an attempt to consolidate the Dalit vote in Bihar in favor of his party.

A senior Congress leader said that neither the SP nor the BSP appear to be in a position to defeat the BJP on the strength of their vote base of Yadav and Dalits. “Even if they get Muslim votes, they will need the support of other OBCs to defeat the BJP.”

BSP spokesperson Dharamveer Chowdhury said, “BSP is preparing to fight the elections in alliance with the people. The rest has to be decided by the party president. If she takes a decision (for the alliance), the party will follow it.