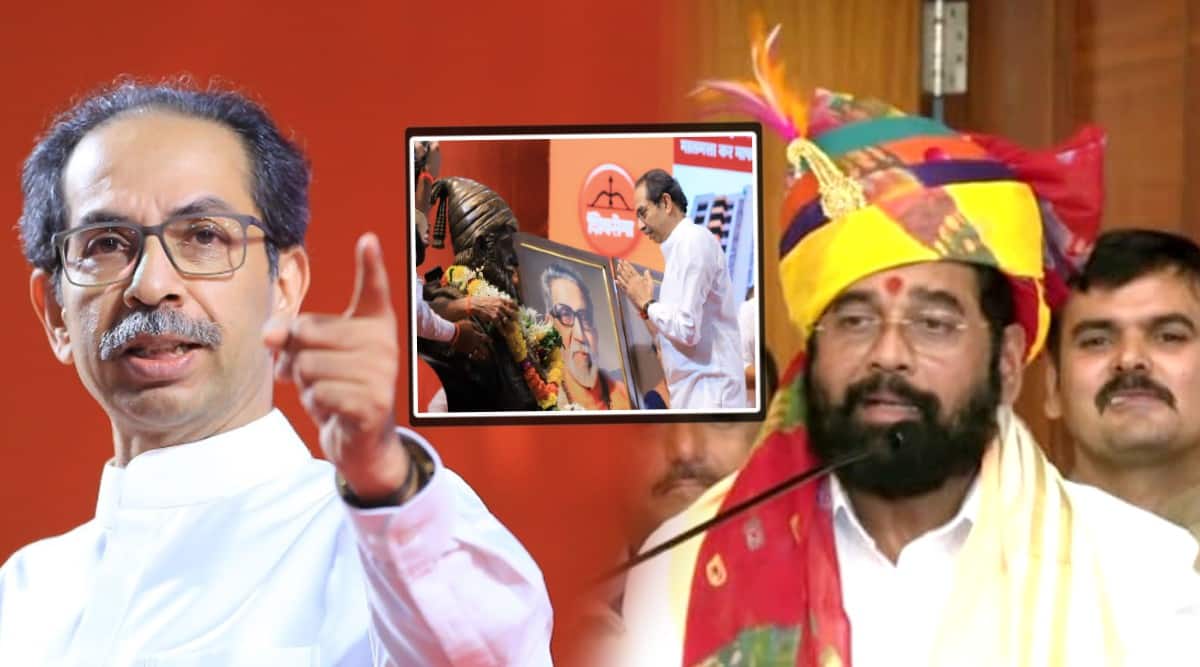 “It was we who showed you the sky three months ago”
“Today the head of state has called me Minde group. We are the sad fighters of Balasaheb, not Minde. Who went with Congress, NCP to form the government? The whole of Maharashtra and the country is watching who did the depravity,” Chief Minister Shinde said in his speech. The Chief Minister also replied to Uddhav Thackeray’s statement regarding showing the sky. “At the same time, they said that we will show the sky now. Someone will show us the sky. The time will not come for you to show the sky to Balasaheb’s Shiv Sainik, because we have shown the sky to you three months ago,” Shinde said.

Read more >> MNS reply to Pawar on criticism of ‘not electing members as many as can be counted on the fingers of the hand’; Said, “Today counting fingers, tomorrow…”

Read more >> Sharad Pawar points finger at Raj Thackeray; Said, “Even as many as can be counted on the fingers of the hand…”

“Growing up on a crush, we crush you”
“He also criticized that we started eating dhokla. Oh, but we have grown up eating thecha. So they are stuck. Our people have crushed them only because they grew up eating them. The task of bringing down the Mahavikas Aghadi was not a small task,” Shinde also stated. After this, Shinde has also replied to Uddhav Thackeray on the criticism of father-stealing gang.

Check out >> “Today I will pick up the phone directly with Uddhav Thackeray…”; When asked about Raj Thackeray, Fadnavis’ statement, Sharad Pawar was also mentioned

Eknath Shinde’s answer…
Referring to this criticism made by Uddhav, Eknath Shinde replied in a speech in Delhi. “They called us a father-stealing gang. In fact, we are proud. Balasaheb was the head of our family. Taking Balasaheb’s thoughts forward, we are Shiv Sainiks. You call us a gang that steals father, but should we say that we are a gang that sells father’s party and ideas?” Shinde asked this question to Uddhav Thackeray. “Oh what are you saying? what are you saying Look at people’s minds and opinions. Respect the mind of the people. We will not criticize. We will answer you with work,” Shinde said in his speech.